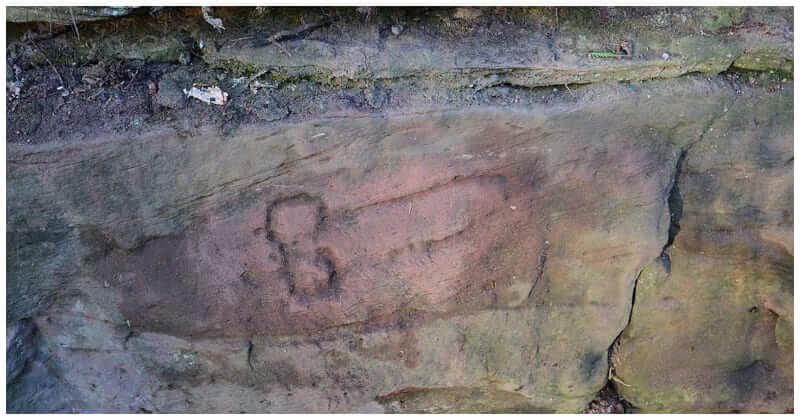 Several carvings have been found in a quarry adjacent to Hadrian’s Wall, Cumbria by archaeologists from Newcastle University and History England, who believe that the carvings were products of Roman soldiers living around 207 AD.

The phallus is a Roman sign of ‘good luck’, so you can tell your mate the next time you draw one on his face when he falls asleep at a house party.

Of course, the wall wasn’t all about willies, as the archaeological team discovered numerous significant carvings as well, involving an inscription reading: ‘APRO ET MAXIMO CONSVLIBVS OFICINA MERCATI’, referring to the consulate of Aper and Maximus and a Roman bust.

The inscription provided an insight into Roman soldiers’ life back in the days, those who turn out to be not so different from present men. According to Historic England, it is uncommon to be able to come across such detail, with just ‘’a handful of such sites in the whole of England.’ “They provide insight into the organisation of the vast construction project that Hadrian’s Wall was, as well as some very human and personal touches,” says Collins.

The archaeologists decided to use laser-scanning to reach the detailed recordings of the markings, after employing ropes as a means to enter the quarry. The technological advances will allow them to form 3-dimensional models, leading to people able to watch the carvings for the following periods.

Professor of Archaeology at Newcastle University added: “These inscriptions are very vulnerable to further gradual decay. This is a great opportunity to record them as they are in 2019, using the best modern technology to safeguard the ability to study them into the future.” Is it a little mind-blowing to know that a team of industrious, intuitive scientists are trying their best to do researches on what was possibly a byproduct done out of laugh by one Roman dude 20 centuries ago. What a world we live in, eh?

I don’t know about you, but I think it’s a bit mind-blowing to think that a team of hard-working, intelligent historians are studying what was probably done as a bit of laugh by one Roman dude almost 2,000 years ago. What a world we are living in, eh?