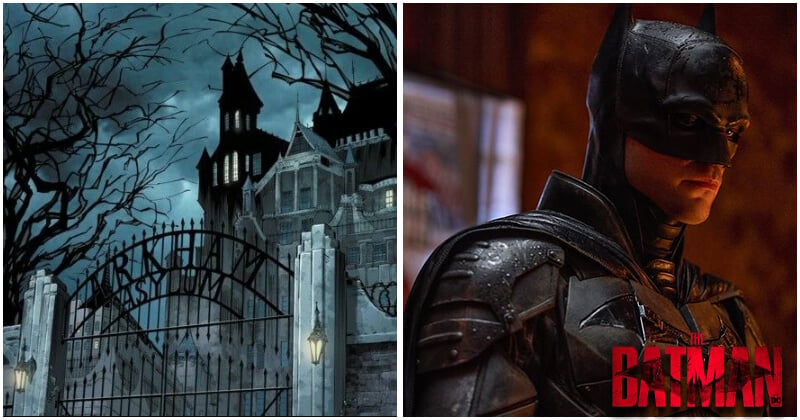 The future of the universe inaugurated by The Batman is beginning to take shape. As many fans already know, the currently being developed plan consists of two series that will land on HBO Max, and it seems that one of these may be directly connected to the infamous Arkham Asylum. In an interview with the Toronto Sun, the director of the film, Matt Reeves confirmed that one of the spin-off series will focus on the character of Oswald Cobblepot, the future Penguin played by Colin Farrell in The Batman. There was not much information about the other one, but Reeves hinted at strong links with the above-mentioned psychiatric hospital.

“We’re doing [The Penguin series] and we’re doing another series that connects to Arkham,” he said. “We are talking and thinking about the next movie, but to be honest with you, at the moment, I really want the audience to connect with this. And I really believe they will because Rob is an incredible Batman.” The director’s intention is to create a real Batverse that will go beyond the events told in The Batman. Currently, in addition to the mysterious series that Reeves refers to, a prequel series focused on the events of the Gotham Police Department and the one centered on the Penguin are in development. According to producer Dylan Clarke, it will chronicle Oswald Cobblepot’s rise to power and will be inspired by Oliver Stone’s 1983 classic Scarface.

Directed by Matt Reeves and written by Mattson Tomlin with the contribution of Reeves himself, The Batman is set in a new universe detached from the DC Extended Universe, called Earth-Two. The cast of the movie includes Robert Pattinson as the young Bruce Wayne / Batman, Zoë Kravitz as Selina Kyle, Colin Farrell as Oswald Cobblepot / Penguin and Paul Dano as the film’s main villain, the Riddler.

The Batman is now playing in theaters.

14 Co-stars Who Reportedly Did Not Get Along, Despite Playing Best Friends In Movies And TV, Shows