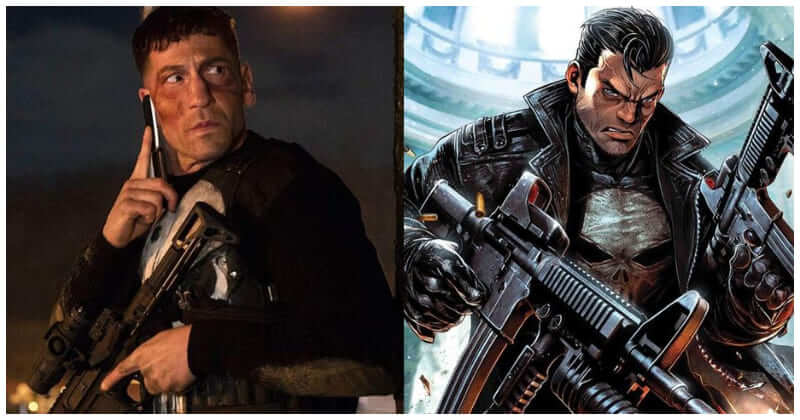 Recently, there is a post on Twitter that immediately goes viral. Jon Bernthal is returning in an upcoming project of Marvel Cinematic Universe as the Punisher.

This rumor was reported by a ‘scooper’. All “the scooper” tweets in that post are simply: “Jon Bernthal’s’ (sic) Punisher will return”. But it is enough to make many Marvel fans, especially The Punisher’s fans extremely excited. It could be said that no one could be better in this role than Bernthal. In an interview, Bernthal shared about The Punisher in-depth, specifically about what it would take to return to the character. “That character, in particular, has real, real, real deep, deep meaning for me and resonance in me. He’s really in my heart, man. He’s really in my bones. I’m enormously protective of that character. I’ve said before that there’s nothing in this world more important to me than my wife and my kids, and only until you understand that kind of love and what it really means to willingly die for somebody, [do you understand] what it would be like if somebody took them from you.” In fact, Bernthal also has a family like his character Frank Castle, so it wasn’t hard for him to put himself in the mindset of no longer having them around, albeit that is a very dangerous mindset to stay in. In addition, MCU fans now actually want Jon Bernthal back as The Punisher. That tweet of Bernthal’s comeback to MCU is gone on to get 10.2K likes, 990 retweets, and 645 quote tweets.

Following confirmation that Charlie Cox will be playing the MCU’s Daredevil, fans are now demanding that Jon Bernthal be given the same treatment. It’s because the actor did an incredible job in the role, and as of now, nobody can see anyone else taking over the part. Bernthal put in a lot of work for the character, putting himself into a very bad mental state in order to enter Frank Castle’s mindset.