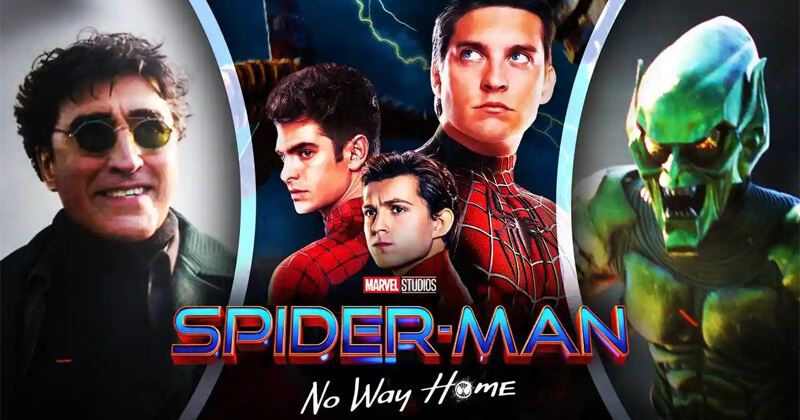 It seems that Sony and Marvel still haven’t had enough. Although the proceeds of Spider-Man: No Way Home have made it the sixth highest-grossing film of all time, a surprise cinematic re-release is ready to arrive!

Spider-Man: No Way Home has become a real movie phenomenon in recent months. The film directed by Jon Watts, which also brought the Spideys played by Andrew Garfield and Tobey Maguire back to the scene in a “multiverse” adventure after a long time, immediately made a name for itself at the box office and has even surpassed Avatar at the American box office lately. And, as if the already exaggerated 1.8 billion dollars raised were not enough, Sony has been reported to be ready to relaunch the film to the cinema with an extended cut including unreleased scenes.

Actually, this isn’t the first time filmmakers talk about re-releasing a movie to boost its box office earnings, and it has previously happened to MCU films as well. Avengers: Endgame and Spider-Man: Far From Home were both re-released in 2019, with the first one unveiling an extra post-credits scene and a tribute to Stan Lee, while the second one showed an extended montage.

Now, while the film is still in theaters, it appears that No Way Home may be following in its predecessor’s footsteps in terms of re-release strategy. Accordingly, a Reddit user nicknamed Slight-Key3232 said that an extended cut of Spider-Man: No Way Home will be released in the second week of March in theaters in Indonesia. This rumor was corroborated by the moderating team of Marvel Studios Spoilers subreddit, who said an extended montage could hit theaters on March 11, 2022.

This extended cut could likely include some of the cut scenes from No Way Home, which were already announced for home video release. These scenes, which we have never seen in theaters, feature new sequences of Charlie Cox as Matt Murdock as well as additional dialogue and interactions between the Spider-Man trio played by Tom Holland, Tobey Maguire and Andrew Garfield.

In 2019, Far From Home was re-released about two months after its premiere in the United States and Canada. The extended editing of the film included an additional four minutes of a never-before-seen action scene.

A move of this type could have been decided by Sony to not only hit the extraordinary $ 2 billion box office, something that films produced by this Japanese major have never been able to do, but also partially replace the lost cinema revenues in China as this country did not allow the release of No Way Home on its territory.