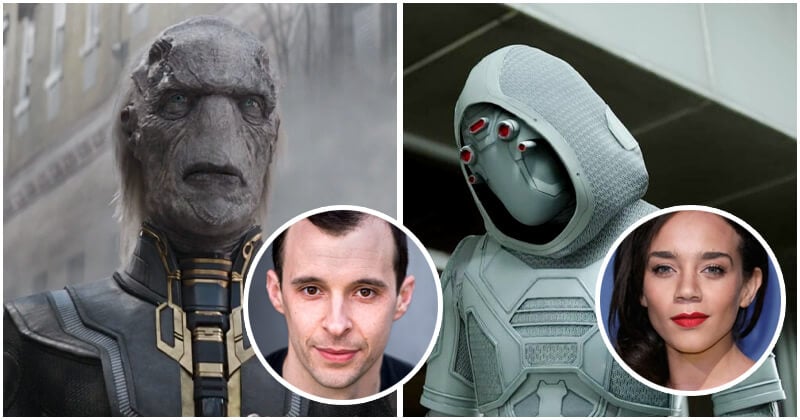 Many actors have to sacrifice a lot for their roles, including their looks sometimes. Especially when it comes to spooky, frightening villain characters, scary makeup and horrible outfits are almost unavoidable. However, even though such transformations are a must to help the audience believe whatever is transpiring onscreen, they don’t seem to do our talented actors justice as people tend to overlook or forget the real faces behind those hair-raising masks. And needless to say, Marvel antagonists are no exception.

Today, let’s join us spending a few minutes admiring the real glamors of some Marvel actors whose attractiveness isn’t very obvious in the flicks they joined due to the roles they played. Yes, it’s the supervillains we are talking about! In fact, despite the fearsome appearances we’re familiar with, these guys are actually very charming and sweet in real life.

Just scroll down, check these pictures out, and let’s see how many of them you can recognize without looking at our caption! #4. Ryan Reynolds as Juggernaut from “Deadpool 2” #7. Adewale Akinnuoye-Agbaje as Algrim the Strong from “Thor: The Dark World”

#8. Jake Gyllenhaal as Mysterio from “Spider-Man: Far From Home” #11. Hannah John-Kamen as Ghost from “Ant-Man and The Wasp” #12. Christopher Eccleston as Malekith the Accursed from “Thor: The Dark World” #13. Rebecca Romijn as Mystique from “X-Men” #16. Tim Roth as The Abomination from “The Incredible Hulk” #17. Michael B. Jordan as Erik Killmonger from “Black Panther” 20 Celebrities Who Get Candid On Their Mental Health Issues