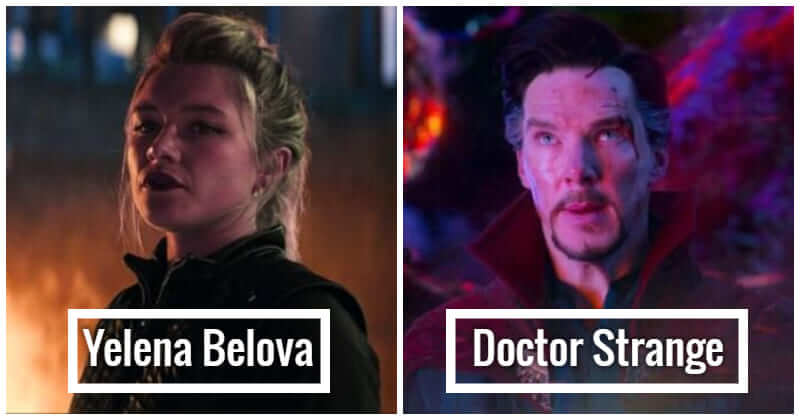 Despite possessing unreal superpowers, Marvel superheroes are not weird or strange to us because they still have aspects that are so “human”. They show us that a hero isn’t just “an unemotional man with a God-given gift always fighting against villains”. They also got emotions and suffered a lot from getting lost to being stronger.

Moreover, they are not perfect. Therefore, making mistakes or giving dumb decisions is just what they sometimes do like a normal human. The important thing isn’t how strong they are and what gift they have. It’s how they perceive things and overcome difficulties.

Especially, no one was born to be a villain. If one day you realize your beloved heroes are turning bad, let’s find out the reasons for their changes! And if you see these heroes being bad guys in the next Marvel movies, we hope you will not be much surprised with our explanation below! Hulk is still out there and it is told that he will come back. The last time we saw him, he seemed smart and had the same brainwave as Bruce. However, there is a theory that Hulk could lose control again and all heroes have to attempt to bring him down. This means World War Hulk or a twist on the Maestro storyline, Hulk turning bad is something that could very much happen in the MCU. The second character in this list should be Doctor Strange. If you notice you will realize that the MCU has already shown the way Doctor Strange could turn bad in the movies. There is also a trailer that the evil Doctor Strange was going to show up.  In addition, Strange has already done immoral several things such as almost breaking the multiverse. If this character becomes a villain, this will definitely hard mission for our heroes. The hero life of Steve Rogers finished in Avengers: Endgame. He came back in time to grow old with Peggy Carter the woman he loved. It seemed like the perfect happy ending.

However, Marvel still hasn’t revealed what happened to Steve. It might be a hard sell, but there is always a chance Steve is still around and if Marvel wanted to bring a version of Secret Empire to the big screen, Steve could become the biggest villain on Earth in a story that might hit a little too close to home for some people. Scarlet Witch has carried out immoral things several times. She controlled an entire town and forced the people there to live in a fantasy world. She even went to battle with Monica Rambeau and Vision to keep her fake world alive. It is predicted that Yelena will turn bad in Black Widow. This prediction is from the post-credits scene. Moreover, she is still an assassin, so it puts her on a line where she is one step away from becoming a villain in the MCU. Gamora turning evil isn’t a hard thing to happen. The lady who never went against Thanos until the final fight in Endgame is expected to have many changes in the upcoming Guardians of the Galaxy Vol. 3. The next hero who could turn into a villain is expected to be Hank Pym. He killed most of the Avengers before the team could form and it took Nick Fury and Loki to stop him. While Kang is coming in Ant-Man and the Wasp: Quantumania, there is always a chance Hank Pym could finally go full bad and betray Scott Lang to side with the conqueror. Miek used to set a bomb to force Hulk to become a warrior once again. He is still alive and if he still wants Hulk into a battle,  it could destroy everything in the Green Goliath’s life and turn the loveable alien into a truly horrific monster. Stark believed all Stark tech was his and he attacked even prisons and stole the guard’s armor and attacked other Marvel heroes to take their armor. Even Captain America believed that Iron Man was bordering on villainous actions and if War Machine does the same it will be worse since it isn’t his tech he is trying to get back.