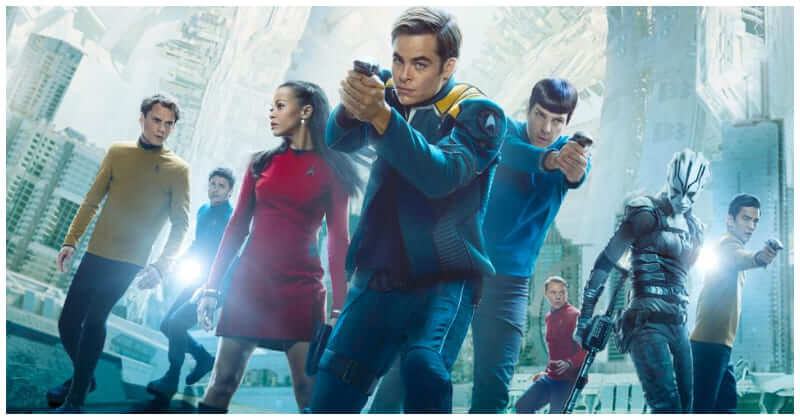 Before the end of the year, Paramount Pictures will begin shooting the next Star Trek feature movie. The studio has confirmed that the Enterprise crew from 2009, 2013, and 2016 will return to the legendary sci-fi franchise for a fourth voyage. On February 15, J.J. Abrams announced the news at the Paramount Investors Day Presentation. “We are thrilled to say that we are hard at work on a new ‘Star Trek’ film that will be shooting by the end of the year that will be featuring our original cast and some new characters that I think are going to be really fun and exciting and help take ‘Star Trek’ into areas that you’ve just never seen before,” Abrams said. “We’re thrilled about this film, we have a bunch of other stories that we’re talking about that we think will be really exciting, so can’t wait for you to see what we’re cooking up. But until then, live long and prosper.” The 6 actors first appeared in their famous characters like Kirk, Spock, Uhura, Bones, Sulu, and Scotty in Abrams’ 2009 film “Star Trek,” which reset the “Trek” chronology and allowed the reboot to operate free of the hundreds of hours of “Trek” history that had before it. The actors reprised their roles in two sequels, Abrams’ “Star Trek Into Darkness” from 2013 and Justin Lin’s “Star Trek Beyond” from 2016. Matt Shakman, best known for his work on Marvel Studios’ Disney+ show WandaVision, will helm the next Star Trek film, which will be produced by J.J. Abrams. Before going back to creating the Justin Lin-directed Beyond, Abrams produced and directed Star Trek ’09 and Into Darkness. With Abrams’ participation and the studio’s interest in Pine and crew, it seems reasonable to assume that Shakman’s picture will be called Star Trek 4. Proposals for the fourth installment in J.J. Abrams’ Star Trek franchise appeared to fall through in 2018 when Chris Pine and Chris Hemsworth (who played James Kirk’s father in the 2009 film) allegedly left the production because of compensation disagreements. Star Trek 4 was apparently stalled as of early 2019, despite the franchise’s actors remaining confident that the issue will be rectified and the movie would go back on track. However, in April 2021, Paramount announced that a new Star Trek picture will be released on June 9, 2023. Star Trek 4 was postponed by Paramount from November 2021 to December 22, 2023. Meanwhile, thanks to the Paramount+ streaming platform, the renowned sci-fi brand established by Gene Roddenberry has maintained a regular presence on the small screen. Pine, Quinto, Saldana, Urban, Cho, and Pegg co-starred in J.J. Abrams’ Star Trek remake, which premiered on May 8, 2009, alongside Anton Yelchin as Pavel Andreievich Chekov. On May 16, 2013, the whole ensemble reunited for Abrams’ Into Darkness, and on July 22, 2016, for Lin’s Beyond. Abrams stated that he would not be trying to cast the part of Chekov in future movies after Yelchin sadly died a month before Beyond was released in cinemas. Star Trek 4 will be released on December 22, 2023.

11 Generous Celebs Who Help The World With Their Actions, Not Just Words

Who Are Members Of The Addams Family? The Weirdest Family In Cinema