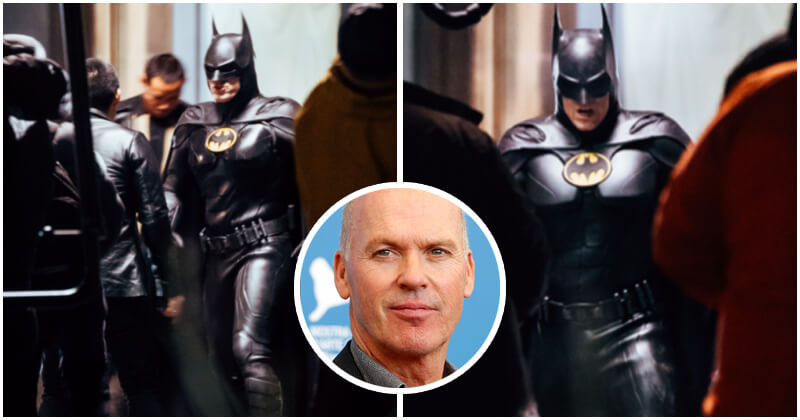 With the filming of Batgirl starting in Glasgow a few weeks ago, new backstage footages begin to arrive online, and they have offered us ever more in-depth insights into the making of this anticipated DC movie.

Among them, one of the most remarkable is a new footage shot at Glasgow’s Kingston Bridge that shows what a flashback should look like. The clip features J.K. Simmons rejuvenated as Jim Gordon with his daughter Barbara as a child, and you can also see the first glimpse of Michael Keaton returning as Batman:

An excerpt from the above video arrived on Twitter, which focuses more on Keaton’s Batman and on the frames that mark his definitive return:

Our friends over at @WeeWalksYoutube were able to spot the #Batman on the #Batgirl set. We can assume this is a flashback 🦇

This scene also reveals some high-quality photos from the set of the updated costume of the Dark Knight, which you can see below:

New! Michael Keaton’s #Batman body double with J.K. Simmons as Commissioner Gordon filming #Batgirl in #Glasgow. Was holding on to these but the bat seems to be out of the bag already so here’s some decent shots for you, internet! 🦇📽️ @BatgirlFilm #DCEU (Images ©️ Alan Fettes) pic.twitter.com/clHCn4MUL0

Batgirl is directed by Adil El Arbi and Bilall Fallah, both veterans of Bad Boys for Life. The screenplay is written by Christina Hodson, fresh from work on other DCEU films such as the eagerly awaited The Flash and Birds of Prey, while Kristin Burr joins this project as a producer.

In the cast of the film, we will see Leslie Grace in the role of the protagonist Barbara Gordon and her heroic alter-ego. Ivory Aquino will be her best friend and roommate Alysia Yeoh, Brendan Fraser will play Firefly – the announced villain of the film, while Michael Keaton will return as Bruce Wayne aka Batman. J.K. Simmons will also come back as Commissioner Jim Gordon, who was last seen in the two released versions of Justice League, while Jacob Scipio will be present in a role whose details have not yet been disclosed.

At the moment no details on the plot of the film have yet emerged, but it has already been suggested that this movie is heavily inspired by Batgirl: Year One, a comic miniseries created by Scott Beatty, Chuck Dixon, Marcos Martin and Alvaro Lopez in 2003.

The release of Batgirl will take place exclusively on HBO Max at the end of 2022.