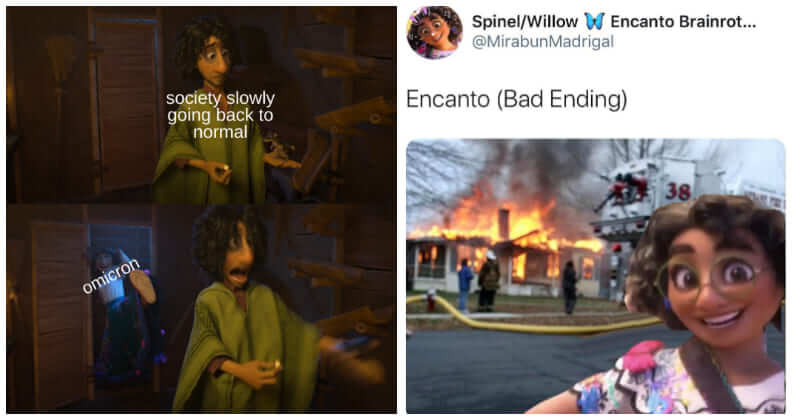 Encanto memes – Encanto is The latest movie from the Hollywood giant Disney is taking the Internet by storm with its appealing story.

When it comes to an Internet phenomenon recently, “Encanto memes” is definitely worth mentioning. The latest movie from the Hollywood giant Disney is taking the Internet by storm with its appealing story and visual-pleasing scenes. Everyone is talking about how excellent the movie is and is listening to “We don’t talk about Bruno”.

The movie is a huge blast in the box offices, and it is also an ultimate source of inspiration for memes on the Internet as well! Many Disney fans are engaged in creating a bunch of Encanto memes about the plot, the characters, and also the music. There are already a countless number of Disney memes, and Encanto memes have just been added to it!

#1 Mirabel and the chaos encanto memes #2 The romance is everywhere #3 A moment of silence for people named Bruno #7 This image has sound #14 The siblings always have the same reaction #18 Our two most important things in life