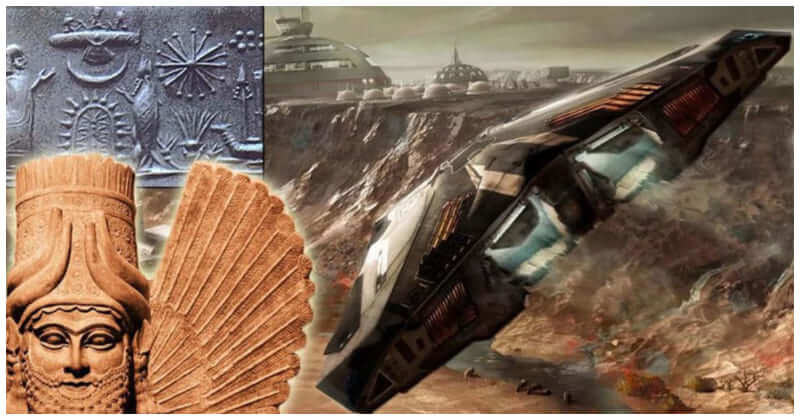 Why did the Anunnaki depart from our home, leaving behind humanity? One thing we know for sure is that the ancient gods of the Sumerians and Mesopotamians came to Earth 445,000 years ago At that time, humans were forced to be gold miners for the Anunnaki, and had to make several sacrifices to the ancient gods.

However, if they have taken our entire world in an instant, the question here is why did they leave us alone on this planet, in this Solar System?

According to Zecharia Sitchin, author of the must-read book The End of Times, the Anunnaki’s departure wasn’t intentional; instead, it occurred as a result of a civil war between the two monarchs of the Anunnakis: Ishtar and Marduk.

The civil conflict burst out as a consequence to the conquerors Ishtar and Inanna’s sheer determination. Ishtar and Inanna had already taken control of Africa and Egypt, before taking interest in Marduk’s Tower of Babel and city of Babel.

Ishtar craved for Babel after seeing its beauty, thus declaring a direct war and attacking Marduk, resulting in the Second Pyramid War that day. But Marduk was more cunning, managing to defeat both of them before banishing them to their home planet. Then he began to build the beautiful Babylon.

But his reign didn’t last long. In 556 BC, Marduk was overthrown by the High Priestess of Sin, Bel-Shalti-Nanna, who virtually banished him, along with the rest of the Anunnaki. The Priestess then established her son Nabonidus as the ruler of all Babylon.

The Anunnaki were compelled to depart the Teotihuacan and Nazca spaceports, which can still be found in America today.