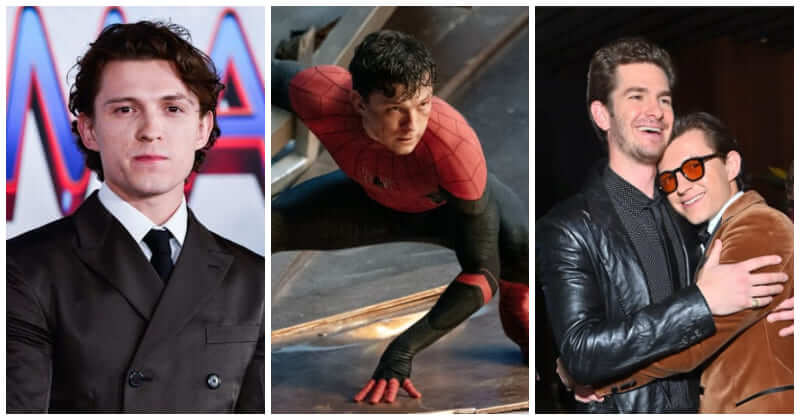 “Spider-Man: No Way Home” is already the sixth-best earning film of all time, yet no single individual deserves all of the credit. The onscreen pairing of Tom Holland, Andrew Garfield, and Tobey Maguire — the three actors who have played the web-slinger in live-action films — is one of the film’s most popular elements, propelling it to become a worldwide icon across many generations. Holland has expressed his appreciation to his fellow Spider-Man actors for paving the way for him and acting in the current picture. Even though the actors appear to be on good terms now, Holland was previously concerned about relations between him and Garfield. In a recent interview with The Hollywood Reporter, the actor says he wishes he had contacted Garfield when he was cast as Spider-Man and imagined how he would have reacted if the positions had been reversed.

“Something I can look back on now with a little bit of clarity and regret is that I never called Garfield when I took over as Spider-Man,” Holland said. “Had someone said to me after my second movie that I was done and this other kid was taking over, I would’ve been heartbroken. So looking back, I wish I had the chance to make amends with him, but this film was our opportunity. It was not only an opportunity for him to make peace with the character and the studio, but it was also an opportunity for me and him to have this moment where we realize we could share this thing. The look on his face when he saves Zendaya is totally genuine, and I’m really proud of him.” Success cures all wounds, and it seems that the three performers have moved on from any residual bitterness about the role’s recasting. Tom Holland revealed that their first scene together on set was an emotional one. “I said to Maguire and Garfield, ‘Thank you, thank you, thank you for doing this,” he said. “Thank you for being here. Thank you for elevating Spider-Man in the ways that you have. Thank you for being so gracious and allowing me to share this with you. Thank you for taking a leap of faith and coming back.’ Tobey hadn’t acted in nearly 10 years, so we all embraced each other, and we were all crying because it meant so much to us.” While Holland’s hiring may have precluded Andrew Garfield from appearing in “The Amazing Spider-Man 3,” Garfield’s admission into the Marvel Cinematic Universe may resurrect that possibility. Is there a fan that would like to see it? Tom Holland. “I would love to see ‘The Amazing Spider-Man 3,’” Holland recently said. “I think what was so wonderful was how Andrew was able to kind of make amends with the character and the studio, you know, to kind of win the general public back.”