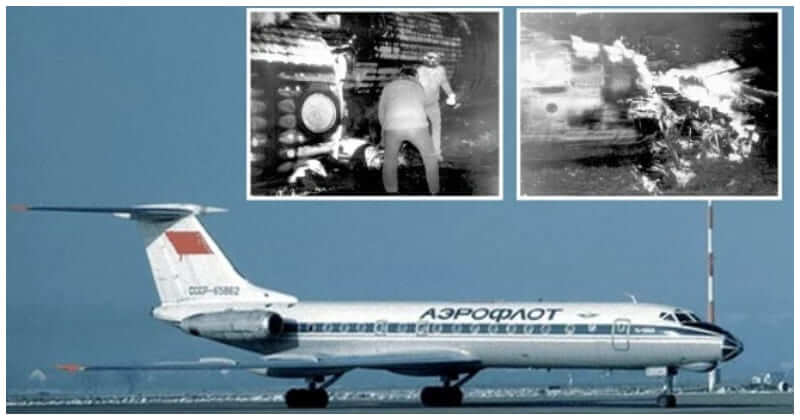 Nearly 35 years ago, dozens of passengers were killed in a plane crash, when pilots bet together that they could land the plane without seeing the runway. The tragedy happened on Aeroflot flight 6502 during the Soviet era. The case was kept under wraps by the USSR’s Committee for State Security (KGB) for many years, until pictures of the wreckage were revealed by Colonel AK Karpov, according to The Sun.

In October 1986, captain Alexander Kliuyev piloted the plane from Yekaterinburg to Gronzy, on board with 87 passengers and 7 crew members. Before the plane landed, Kliuyev made a bet with an officer that he could land the Tu-134-A without looking at the runway, relying only on the plane’s warning system.

Kliuyev also requested all visibility to the outside in the blockpit to be blocked when the plane was at an altitude of 400 meters. Kliuyev ignored the warnings from both the plane and the air traffic control, leading to the plane nosing down. The strong impact on the runway badly damaged the aircraft and set the airplane on fire. A total of 63 people died at the scene and seven others died in hospital. Klyuyev was among the few survivors.

A year later, in June 1987, Kliuyev was sentenced to 15 years in prison for violating safety regulations. But this pilot only served 6 years in prison before being released, according to The Sun. The co-pilot managed to save several injured people at the scene, then died of a heart attack on the way to the hospital.

At that time, the landing of aircraft in the absence of runway visibility was not prohibited in the Soviet Union, but the technique was basically used only on training and supervised flights. Western airlines later gradually removed the rule that allowed pilots to land without seeing the runway, due to concerns about passenger safety.