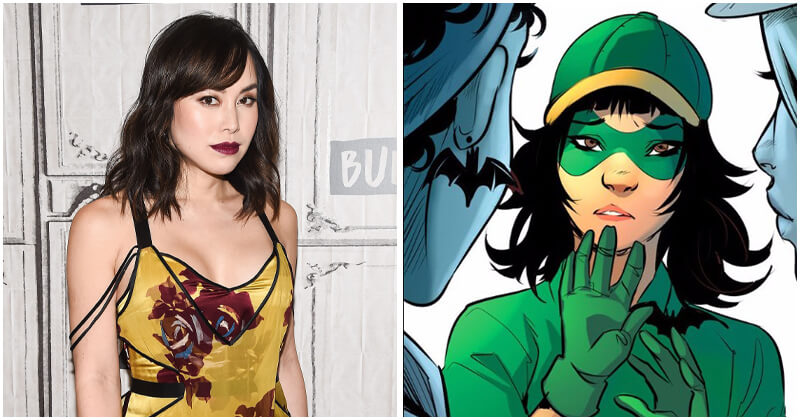 Ivory Aquino has officially joined the cast of Batgirl, the highly anticipated DC superhero movie which is currently in development for HBO Max. According to Deadline, the transgender actress will play Alysia Yeoh, best friend and roommate of the double-identity protagonist Barbara Gordon. The first rumors about the casting of Aquino surfaced last week when Leslie Grace, the face of the leading character in the film, tagged Aquino in an Instagram story accompanied by an eloquent “Barbara and Alysia”.

Alysia Yeoh (who is also a transgender herself) is a character created by Gail Simone and drawn by Ardian Syaf. Alysia first appeared in Batgirl comics in 2011, and her inclusion in the movie will mark her absolute debut as an openly trans character in a live-action film adaptation of a DC property. In case you haven’t heard about her yet, Ivory Aquino is best known to the general public for playing trans activist Cecilia Chung in When We Rise (2017), a documentary miniseries on LGBTQ+ rights in the United States. The actress also had recurring roles in the television series Blue Bloods, FBI: Most Wanted and New Amsterdam.

Batgirl is directed by Adil El Arbi and Bilall Fallah, both veterans of Bad Boys for Life. The screenplay is written by Christina Hodson, fresh from work on other DCEU films such as Birds of Prey (2020) and the eagerly awaited The Flash, while Kristin Burr will be the producer of the film.

In the cast of Batgirl, we will see Leslie Grace in the role of the protagonist Barbara Gordon and her heroic alter-ego. Ivory Aquino will be her best friend and roommate Alysia Yeoh, Brendan Fraser will play Firefly – the announced villain of the film, while Michael Keaton will return as Bruce Wayne aka Batman, a role that is expected to be resumed in The Flash, which is scheduled to premiere on the big screen next November.

In addition, J.K. Simmons will return in the role of Commissioner Jim Gordon last seen in the two released versions of Justice League, while Jacob Scipio will be present in a role whose details have not yet been disclosed.

At the moment no details on the plot of the film have yet emerged, but it has already been suggested that this movie will be heavily inspired by Batgirl: Year One, a comic miniseries created by Scott Beatty, Chuck Dixon, Marcos Martin and Alvaro Lopez in 2003.

The release of the film will take place exclusively on HBO Max’s streaming platform at the end of 2022.