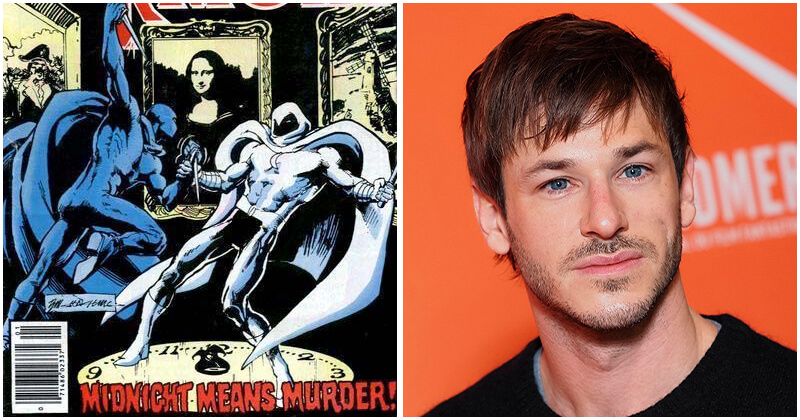 Famous French actor Gaspard Ulliel has just passed away when he was only 37 years old. The actor sadly couldn’t make it after a skiing accident in the early afternoon yesterday when he collided with another skier at the junction of two slopes at La Rosière – a ski resort in Montvalezan, France. By the time help arrived on the scene, Ulliel was already unconscious. The actor was promptly transported by helicopter to the Grenoble University Hospital Center, where he later breathed his last.

The news was confirmed and announced by his family through a press release to Agence France-Presse. Gaspard Ulliel left behind his partner – model and singer Gaëlle Piétri, who has been with him since 2013. They also have a son together – little Orso Ulliel, who has just turned six. Born into a family of fashion designers, Ulliel made his first appearance as an actor during his high school years with a television series named Une femme en blanc. He later studied cinema at the University of Saint-Denis. After starring in various TV series such as Juliette (1999) and Julien l’apprenti (2000), he joined the cast of the short film Alias, his first movie.

Nominated in 2003 for Summer Things (Embrassez qui vous voudrez) and in 2004 for Strayed (Les Égarés), in 2005 he finally won the César Award for Most Promising Actor with Jean-Pierre Jeunet’s A Very Long Engagement (Un long dimanche de fiançailles), where he acted alongside Audrey Tautou. In 2007, the actor played the famous cannibal criminologist Hannibal Lecter in Hannibal Rising, a film created based on the same-name novel by Thomas Harris. In 2008, he joined Isabelle Huppert in the movie The Sea Wall (Un barrage contre le Pacifique), and ten years later they worked together again in a French drama film titled Eva. As the face of the advertising campaign for the new men’s perfume Bleu de Chanel, he worked with Martin Scorsese who directed the promotional video. His career proceeded between films and TV series until 2014 when he played the role of probably the most iconic character he had ever played – famous designer Yves Saint Laurent in the French biographical drama film Saint Laurent by Bertrand Bonello, thanks to which he was nominated for Lumières Award, César Award and Globes de Cristal Award for Best Actor.

The last years of his career were highlighted by his participation in the 2016 film It’s Only the End of the World (Juste la fin du monde) by Xavier Dolan, for which gained many prestigious nominations and even won the César Award for Best Actor thanks to his portrayal of Louis-Jean Knipper. The actor later also starred in Eva by Benoît Jacquot (2018) and Sybil by Justine Triet (2019).

Gaspard Ulliel’s last appearance took place in the Marvel TV series Moon Knight, due out on March 30th, in which the French actor played Anton Bogart aka Midnight Man. Talking about the talented actor, Prime Minister of France Jean Castex shared on Twitter: “Gaspard Ulliel grew up with cinema and cinema grew with him.”