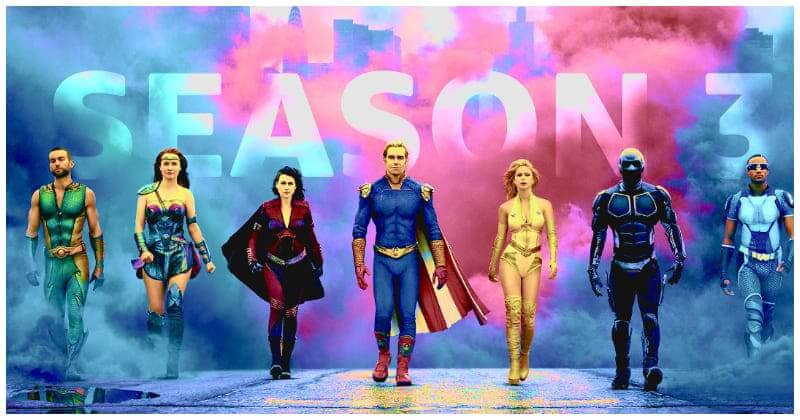 The Boys creator Eric Kripke has finally confirmed that the third season of the violent superhuman satire show would air on Prime Video on June 3, 2022, with the show guaranteeing in another post that “heads will explode, and not in the figurative kinda way.” Check out the Vought News Network teaser below, which previews the new season Season 3. furthermore, the clip provides some information about The Boys’ future spinoff series:

More dates for ya to put in a planner, carve into your wall, however you remember something important:

Season 3 of The Boys concluded production in September of last year, and Season 4 has been already scheduled. Following production issues caused by the coronavirus, the long-awaited third season started shooting in Toronto in late January 2021. The actual release date arrives after a long wait, with both Kripke and The Boys’ social media regularly promoting Season 3, but simultaneously teasing impatient fans who continually requested news, at one point suggesting that the season would not air until “2033.”

“Without giving away any spoilers, I was just in editing yesterday, and we’re doing something here in the Season 3 premiere that is not only I think the craziest thing we’ve ever done; it’s got to be up there with the craziest thing anyone’s ever done,” the Kripke said. “Maybe it won’t work. Who knows? But I’m just so high on this gag that we’re pulling off. And it’s certainly something nobody has ever seen before, probably for good reason. So, all that’s really exciting.” The third season of a series renowned for its severe brutality has been promised as the darkest yet. “I was talking to the head makeup artist and she’s in charge of ordering the blood — that’s one of her many jobs,” said Laz Alonso, who plays Mother’s Milk on the series. “She told me that all of Season 2… When you talk about bulk, I don’t think they used over a gallon of blood in Season 2, believe it or not. Season 3, we’re already at three and a half gallons of blood. So that should give you a little indication of where it’s going.”