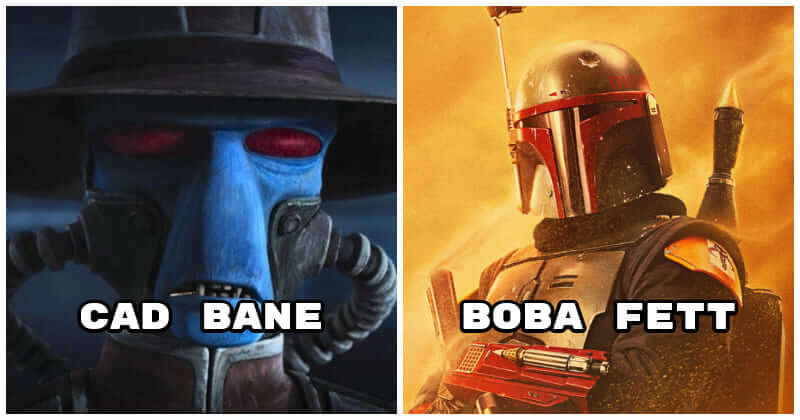 If we’re not discussing the Jedi and the Sith, the bounty hunters are the coolest figures in the Star Wars universe. Lucasfilm has shifted its attention away from theatrically released movies and toward television series and Disney+ since the completion of the Skywalker Saga. Furthermore, the studio did not enlist the help of a Force-wielder wielding a lightsaber to jumpstart the franchise’s foray into new media. Bounty hunters have taken center stage. The major character of the first two live-action Tv Show, The Mandalorian and The Book of Boba Fett is a bounty hunter.

To put it mildly, the Star Wars universe is not the kindest nor the safest place in the universe. Bounty hunters don’t simply survive; they thrive at what they do. Bounty hunters are in it for the money, accepting assignments to arrest or murder customers’ targets for a fee. They go headfirst into the perilous area because they appreciate the adrenaline rush of a great challenge. Let’s go back to a galaxy far, far away and take a look at 10 of the finest bounty hunters from the Star Wars universe. The “son” of Jango Fett, the renowned bounty hunter. Boba is not a biological son in this scenario, but rather an unmodified clone of Jango. Boba is taught survival techniques and strategies by his father from an early age, and he is also trained in fighting. Boba inherits Jango’s spaceship and Mandalorian armor after the Battle of Geonosis. This armor would aid Boba in establishing a tremendous history during the Republic, Galactic Empire, and the New Republic eras. Cad Bane, a violent bounty hunter with a penchant for space cowboy hats, means that something will go haywire for the nice people. Cad Bane is always one step ahead of the protagonists. He is not the most powerful fighter, but his strategic thinking allows him to take on Ahsoka Tano, Anakin Skywalker, and Obi-Wan Kenobi. What distinguishes Bane from others is his capacity to keep calm in the most difficult situations. When apprehended, he simply flees and can easily penetrate heavily secured places such as the Jedi Temple. During the Clone Wars, Jango Fett’s combat abilities, tactics, and marksmanship were unrivaled. Jango also uses his jetpack, flamethrower, WESTAR-34 blaster guns, and the Slave I spacecraft, which has the gratifying sound of a seismic charge. Jango Fett, who lacks Force talents and a lightsaber, can take on the finest Jedi, even Obi-Wan Kenobi, and Mace Windu. Fennec Shand, a merciless assassin and mercenary, murders for the largest crime syndicates. Cad Bane is drawn to Shand because of his fame. Star Wars: The Bad Batch throws two bounty hunters against one other. Despite Bane’s superior experience, they are very evenly matched. Shand finishes the battle by kicking Bane in the face and knocking him over a cliff. Din grew up secluded from other aspects of life, unknowing of the Jedi and that the Children of the Watch did not represent the entirety of Mandalorian civilization. Despite his reputation as a tough bounty hunter, the Mandalorian has struggled in numerous of his engagements, including a battle with a Mudhorn and being knocked unconscious by a troop of Jawas. Regardless of whether he receives aid or overcomes the odds on his own, he is nearly always triumphant. Embo is a very effective and trustworthy bounty hunter. He is a quiet man, but his accomplishments and distinctive headgear allow him to be known across the galaxy. Embo wears his hat to protect himself from blaster gunfire, as a throwable weapon, and to sled down snowy hills! He is among the most athletic figures, and he is also an expert with a bowcaster. Asajj Ventress was born a Nightsister and became a slave before becoming a Jedi Padawan, Sith assassin, and bounty hunter. She is best known as Count Dooku’s dual-wielding former apprentice in Star Wars: The Clone Wars. Her strength, resolve, Force talents, and the skills she gains from her experiences in life set her apart from the rest of the bounty hunter pack. Bossk, a bounty hunter in Star Wars: Episode V – The Empire Strikes Back, is the most well-known Trandoshan. The creatures’ healing factor and capacity to regrow limbs provide it a huge advantage over others in the field of bounty hunting. Bossk develops becomes a nefarious yet merciless and competent bounty hunter, earning the respect of Darth Vader and the Galactic Empire.

Taika Waititi voices IG-11, a bounty hunter robot in The Mandalorian. IG-11 looks a lot like another bounty hunter robot, IG-88, but only IG-11 shows off his bounty hunting talents in live-action. IG-11 has several advantages over live humans as a robot. He is bold and a master of the blaster rifle. His precision, reflexes, speed, and strength are considerably beyond those of any humanoid race. Sing is an expert with a sniper rifle and will not hesitate to shoot. In Solo: A Star Wars Story, a discussion between a teenage Lando Calrissian (Donald Glover) and Tobias Beckett (Woody Harrelson) implies that Beckett pushed Sing to her death. Before her death, Aurra Sing was a well-known and feared bounty hunter.