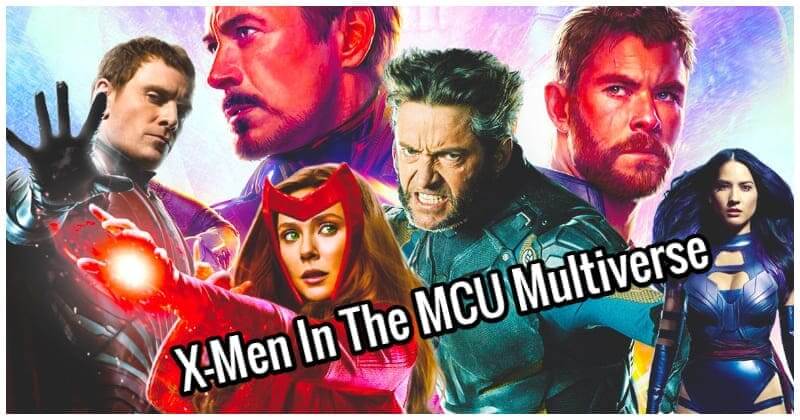 The MCU is constantly developing, with Marvel releasing movie after movie this year. In addition, this is going to be the case every year from now on. With each new film and television series, they are swiftly bringing in new characters (Yelena Belova, Shang-Chi, Photon, US Agent, Sylvie, Kang, Kate Bishop, Blade, Dane Whitman, and the Eternals). And there are also plenty of others on the way (Moon Knight, Ironheart, She-Hulk, Ms. Marvel, Namor, Nova, and the Fantastic Four). Despite all of these new names, we still don’t get a real unveiling for the mutants. How and when will MCU add them into the combo? Marvel has been promoting the Multiverse since Phase 4 began. WandaVision teased us with a little glimpse of it, while Loki gave birth to the MCU’s true multiverse. And now we have movies like Spider-Man: No Way Home, Doctor Strange 2, and Ant-Man and the Wasp 3 that will take this theme even farther. And we predict that mutants will be one of the outcomes of this multiverse discovery. They must go via the multiverse because Marvel appears to have debunked all previous possibilities! So far, Marvel has disputed every idea we’ve come up with about the mutants. The snaps that occurred on Earth and in the Garden, as confirmed by Rocket, generated tremendous amounts of cosmic energy. As a result, many individuals assumed that the X-Gene had been activated among the humans of Earth as a result of those snaps. But, if that had been the case, we would have already seen a slew of mutants in the MCU. As a result, the mutant idea has been disproved. Another idea was that the mutants may have simply existed on Earth in secret and that they’d have remained hidden until now. However, the Eternals have been given this plot trope. As a result, it can’t happen again with the Muties. Moreover, the Eternals made no mention of the X-Gene or someone like En Sabah Nur, nicknamed Apocalypse. Mutants certainly haven’t existed on Earth until now. Certain fans speculated that the MCU may follow The Ultimates plot, in which all mutants were developed by super-soldier research. The MCU might have been influenced by this since it could relate everything to Captain America and the origins of super-soldier experimentation hinted at by The Falcon and the Winter Soldier. According to the notion, all of the unsuccessful super soldier tests might have affected the test participants’ DNA. Then their offspring may have been born with the X-Gene. But, since we haven’t seen any mutants until now, and The Ultimates is a highly contentious storyline, it’s safe to assume that Marvel will not use this version of history at all anyway.

Several folks claim that, much as No Way Home connects to previous Spider-Man Universes, the MCU might also match up with the Fox Universe. Eventually, this would allow for easy direct connections to the mutants. Deadpool’s journey might continue beyond Deadpool 2, and the rest of the mutants could be kept or recast based on the creatives’ preferences.
However, Marvel cannot even contemplate interfering with the Fox Universe in the same way that they do with Raimi’s Spider-Man and the Amazing Spider-Man. This is due to two factors. The first is that Fox Universe is riddled with baggage! There were some outstanding X-Men films, as well as some that were utter garbage! So Kevin Feige isn’t going to want any of that baggage. He is the type of person who prefers to do work his own way. A connection to Fox’s universe will result in a huge plot hole. The Fox Universe adheres to the usual norms of mutable time travel, in which changing the past affects the future. A person’s existence may be erased, or he could generate new memories. Days of Future Past altered history, allowing the X-Men to alter the future. Cable returned to the past in order to set up a future for his child. He achieved all that, and his daughter remained in the same timeline, as evidenced by the alteration in the Teddy bear Cable was bringing with him. In the MCU, time travel works differently than in most other blockbusters, where altering the past does not impact the future. It generates an entirely new chronology. This is the branch hypothesis developed by Marvel in the Loki comic. The MCU cannot exploit anything linked to the Fox Universe since two worlds cannot have two separate ways of tracking time travel.

#6 Theory: How MCU Mutants Will Arrive The MCU seems to have no choice but to introduce mutants from a reality other than the Fox Universe. Deadpool 3 will be a gentle reboot in this sense. And big mutants like Logan, Charles, and others can be recast. Something significant will undoubtedly occur in No Way Home that will result in huge changes to Sony’s Spider-Man Universe, allowing Adrian Toomes, JJJ, Peter Parker, and other MCU characters to participate in films such as Morbius. Similarly, by the end of No Way Home or Doctor Strange 2, the MCU might become entwined with another Universe. That’s how mutants from a different timeline/universe may emerge in the MCU, or how specific MCU characters could go to the mutant Universe!

15 Brilliant Movie Continuity Details That Will Leave You In Awe