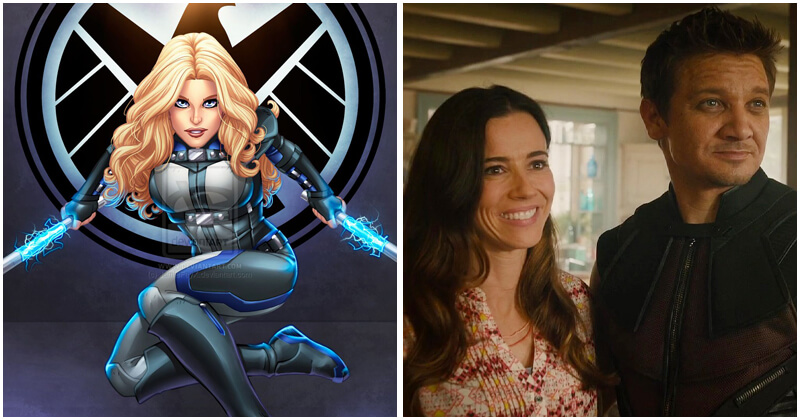 The Hawkeye series, set in 2024 and not in 2025 as originally indicated by the production (it is in fact the same period of the MCU in which we find the ending of Spider-Man: No Way Home), has given viewers several twists. The first, which was actually well known long after the events of Black Widow, was the return of Florence Pugh as Yelena Belova. The second concerned a famous comic book villain.

And last but not least, the third twist revealed in the sixth episode — the finale of this first season of the series has impressively delighted fans and confirmed their thoughts. Accordingly, the wife of Hawkeye/Clint Barton is… Yes, fan theories apparently got it right: Laura Barton (Linda Cardellini) is none other than the Marvel heroine and elite SHIELD agent – Mockingbird, aka Agent 19!

One of Hawkeye‘s mysterious side plots involved the Rolex watch that Clint Barton was trying to recover after a black market auction of salvaged materials from Avengers headquarters put it up for sale. What this Rolex was? Why did Clint want it so badly? These were two important questions that confused Marvel fans, as the plot just suggested that this item had some particular connection with Barton and especially his wife. And eventually, one of Hawkeye‘s final scenes has confirmed their suspicions: when Clint brings his Rolex to Laura’s house, Laura turns it around to reveal a SHIELD logo and the number “19” engraved on the back.

In the comics, the famous SHIELD Agent 19 is Bobbi Morse, a superspy of the organization led by Nick Fury. Morse is also the wife of Clint Barton, whom she worked with in the West Coast Avengers. We know that in the MCU the name of Clint’s wife is actually Laura, although that name may only be fictitious and could act as a cover to hide Barton’s family. We cannot be sure about this for the moment, but we are sure that Mockingbird really existed and will continue to exist in the Marvel Cinematic Universe.