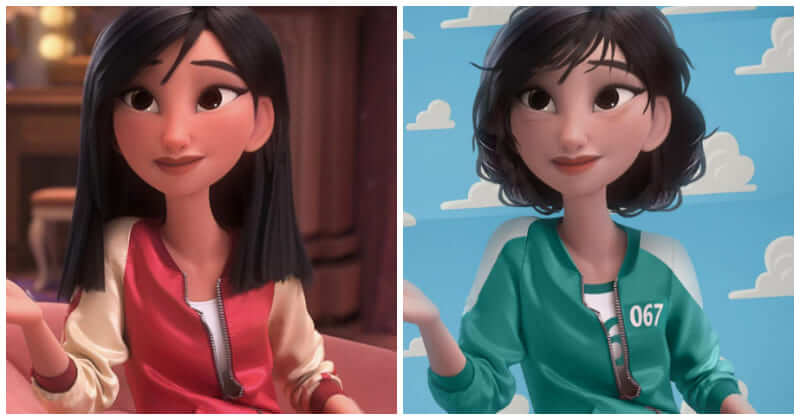 Netflix’s Squid Game – a South Korean survival drama has been the season’s pop-cultural hit since its September 17th release, generating a slew of memes, Tik-Toks, and costumes all around the world. This is a dramatic, powerful, and extremely popular satire on the relationship between social injustice and morality, using the supposedly harmless nature of children’s games as a catalyst for universal, cruel truths like violence and greed.

Gradually increasing along with the wide coverage of the film is the popularity of the main cast, including the talented actress Ho Yeon Jung – who plays the character 067 Kang Sae-byeok, a proficient thief who knows her way around a knife. The character 067 has become incredibly popular due to her rebellious, irresponsible nature as well as her cool appearance. It has a real-life impact on the actress, as she has gotten a slew of partnership proposals from the world’s most prominent design houses.

Samuel Chevé, a brilliant artist, has made fan art illustrating what a specific Squid Game character would look like in an animated Disney film. What’s more exciting is that her appearance is a similar recreation of Mulan from Ralph Breaks The Internet! Check it out right now, and don’t forget to let us know what you think in the comments!

#1 Remember Mulan in modern attire after she ditched her traditional Chinese clothes in Ralph Breaks The Internet? #2 Don’t be shocked, because there is a striking resemblance between Kang Sae-byeok and Mulan! #3 Both Asian and the same strong personality, these two girls will definitely be very close friends in the Disney universe!