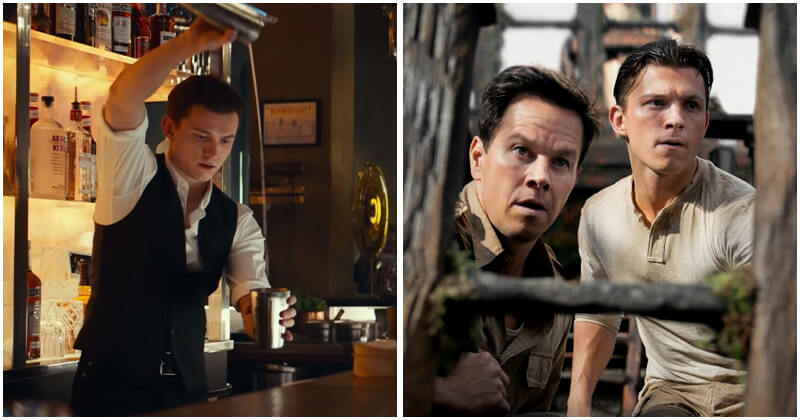 Based on the acclaimed Uncharted videogame franchise developed by Naughty Dog, the events of the film will focus on the famous treasure hunter Nathan Drake when he first met Victor Sullivan – his historical mentor. According to reliable sources, Uncharted the movie is inspired by some sequences present in Uncharted 3: Drake’s Deception.

As a loyal player of the Uncharted game, Tom Holland himself once described this movie as everything he “dreamed it would be”.

“Filming is going so well. The film is like, everything I dreamed it would be,” the actor shared, “I mean, I don’t know if you guys played the games, but I was such a huge fan of the game, and it’s been going so well.”

You can read the official synopsis of the film released by Sony Pictures below:

“Street-smart thief Nathan Drake (Tom Holland) is recruited by seasoned treasure hunter Victor “Sully” Sullivan (Mark Wahlberg) to recover a fortune lost by Ferdinand Magellan 500 years ago. What starts as a heist job for the duo becomes a globe-trotting, white-knuckle race to reach the prize before the ruthless Moncada (Antonio Banderas), who believes he and his family are the rightful heirs. If Nate and Sully can decipher the clues and solve one of the world’s oldest mysteries, they stand to find $5 billion in treasure and perhaps even Nate’s long-lost brother… but only if they can learn to work together.”

Uncharted has been in development for several years and there were some troubles during production. Originally scheduled for 2016, the movie had faced several delays and re-schedules as well as an endless series of comings and goings between directors and actors. It wasn’t until last October that the filming finally came to an end.

In the cast of Uncharted, we will see Tom Holland, Mark Wahlberg, Antonio Banderas, Sophia Ali, and Tati Gabrielle. Directed by Ruben Fleischer, the film will arrive in cinemas on February 18, 2022.

In the meantime, you can watch the new official trailer we mentioned below:

Foster Parent Refused To Euthanize Puppy Born Without Front Legs, Offered Him A Normal Life Instead

This Waterbird Has Unique Feet That Look Like Feathers, And The Photos Are Awesome!