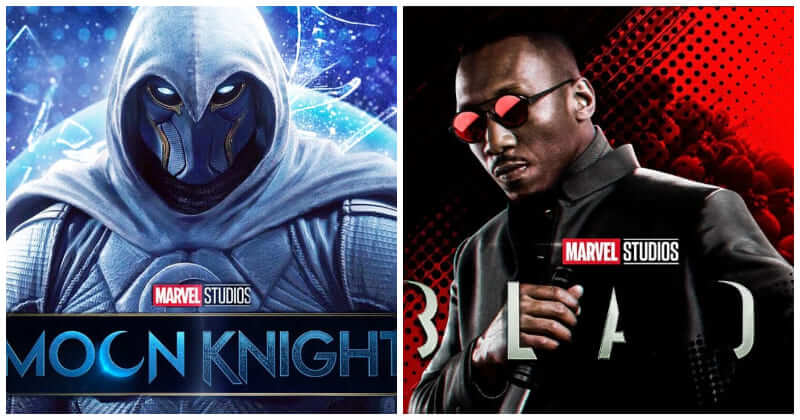 The heroes of the Marvel universe tend to wear bright colors with superpowers to match, and many of them are now owned by the ever-child-friendly Disney. They are inspirational for fans from many generations. However, that does not mean that their lives are perfect: most comic heroes have darker elements and flaws to make them more human. They all have distinct characteristics, different backstories, and personal struggles. These elements sometimes affect the decisions and reactions of our superheroes.

In some cases, that is taken to the extreme, where Marvel’s superheroes make decisions or actions that make it debatable if they can even be called a hero or not. Whether it’s a tragic origin story driving them down a dark path or years of hero work making them descend into nihilism, these heroes are sometimes scarier than their villains. We have listed below some of the most popular heroes who are standing on the thin line between light and darkness.

Hank Pym assassinated most of the Avengers before they can even meet in the third episode of Marvel Studios’ first animated tv show as retaliation for his daughter Hope Van Dyne, a SHIELD agent, dying in the operations. Pym is the root of the Marvel Universe’s issues once more. In his quest to save his wife, Janet Van Dyne, from the Quantum Realm, he accidentally unleashed the zombie outbreak on the Universe. Given that Venom survives by biting off the brains of his victims, it’s simple to see why he’s included here. There is more to the legendary symbiote: in many situations, both in comics and in film, he generally brings out the worst in his hosts, pushing them into wrath and misery while also strengthening them. This hero has two personalities. The cursed Johnny Blaze, who made a bad decision by selling his soul to Mephisto, is on one side, while the creature known as Zarathos is on the other. Zarathos takes over as the Rider when Johnny Blaze is unable to turn into the Ghost Rider. Ghost Rider devises a variety of cruel measures to defeat evil, from his flaming chains to his renowned punishment stare. Because of his lack of humanity, the Punisher is a morally ambiguous figure. To him, all criminals, even small-time crooks compelled to perpetrate crimes to support their kids, ought to be punished. It might be tough to see him as a hero at times since his sense of justice can be regarded as misguided. Morbius was not born wicked, nor did he have malicious intentions; all he wanted was to be cured of his uncommon blood condition. His effort at a cure resulted in his becoming the world’s first genetically engineered vampire. Unfortunately, the remedy became a new curse, giving Morbius an almost insatiable need for blood, which can lead to him slaughtering and draining innocent people dry. Unlike Morbius, Blade is a conventional vampire, or at the very least a half-vampire. Except for the awful thirst for blood that may drive Blade into a violent madness, he has all of their advantages and none of their weaknesses. This forces Blade to separate himself from both humans and vampires. Moon Knight was rebellious from an early age, and he got hooked with violence, to the point of entering the military merely to murder people for fun. He became the merciless vigilante known as Moon Knight after reviving from the dead thanks to the deity Khonshu. He also suffers from severe dissociative identity disorder, which makes him among the most unexpected heroes. Not to mention the villainous methods he will slaughter criminals that would make Punisher cringe. The Hulk is essentially a newborn who is created from the radioactivity that struck Bruce Banner, therefore he begins as nothing more than a beast encountering things for the first time. Unfortunately, he’s regarded as a monster, yet it makes sense given that he frequently unleashes rage and smashes everything. One may imagine The Sentry to be Marvel’s counterpart of Superman: a brilliant light of hope and righteousness, but that is not the reality. He has been a part of the Dark Avengers, almost wrecked all of New York City, made his wife’s life a living misery, disappeared from major moments, and even murdered his own previous companion since becoming a superhero. The Sentry is, in fact, the polar opposite of Superman.