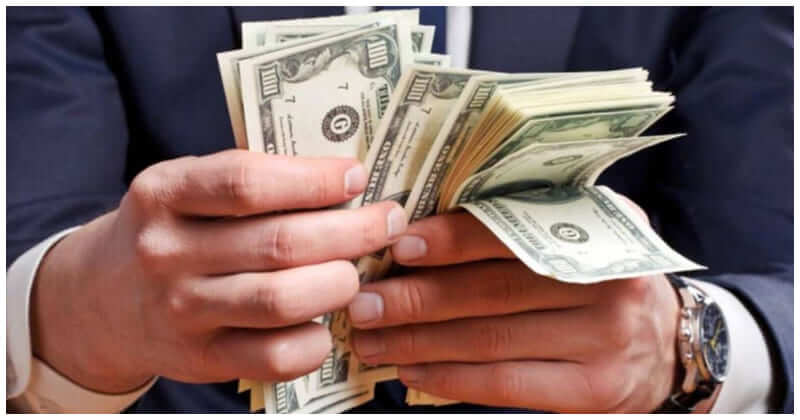 Why are the rich tighter with their money, while the poorer are more willing to spend? The answer only lies in 3 points. It’s not a fantasy for one to get rich if he can grasp those three secrets. Take a look at the stories of two employees below: Wang Jie is an ordinary employee whose monthly salary after deducting insurance and company funds is about $300. After paying the bill, minus the living expenses, he hardly has much left. However, Wang does not know how to think thoroughly before spending money, only using money to buy respects. When meeting friends, he often volunteers to pay, appearing to be extremely generous and wealthy. However, not everyone knows that behind those extravagant looks are his rigorous days of eating bread and instant noodles.

Meanwhile, Zhao Ying, Wang Jie’s colleague, has a completely different lifestyle. He was originally from the countryside, lived in child poverty, and then through his efforts and hard work, he entered a prestigious university. After graduation, he used his savings from a part-time job to open a small factory in his hometown. He asked his parents to manage this factory, and he went to the city to make more. After a few years, Zhao had a small business with an income of tens of thousands of dollars. Rich as he may, in some of his colleagues’ view, Zhao is a rather stingy person. That’s because every time he went to a party, he offered to split the bill fairly. Zhao only dresses casually everyday, so someone not close to him wouldn’t recognize how rich he is. Of course, Zhao doesn’t care what people think, nor is he ashamed to be so thrifty.

In life, there is indeed not a small number of people with high pride like Wang Jie, being generous despite having less than nothing. In return, there are also people like Zhao Ying who, despite being rich, are not generous and do not squander their money. What is the reason? Many rich people today have experienced poverty, or understand the difficulty of starting a business from scratch. Therefore, they deeply understand the value of money, knowing that making money is not easy. Consequently, they often plan more carefully when they want to spend money, and they will not waste money on things.

Perhaps in the eyes of some, it is stingy for the rich to save. But in fact, they appreciate the value of money, so they don’t want to relive the poor and miserable days.

They know they need not show off their wealth

Rich people are always humble, because they acknowledge that they are only the big fish in a small pond. They never show off, nor do they need to make others jealous or envious to satisfy themselves. On the contrary, the poor are always anxious, the poorer they are, the more they want to be respected. Therefore, they are willing to borrow money to buy a luxury car, purchase famous brands and then rush to pay each expense that is actually much larger than they can afford.

True generosity is to spend money without hesitation when in urgent need of spending, and not to spend money when not in need. Being rich does not mean splashing out money. Rich people understand that it is unnecessary to show off their wealth, they just live their lives.

They know how to earn and use money Rich people do not consider money to be everything, they see money as just a tool to achieve their goals. Giving $1 million to the poor and the rich, after a while, it is highly probable that they have spent all of the given money, while the rich think of ways to let that $5 continue to grow. Use money to make money is the only way to maintain wealth.

In fact, the rich are not stingy at all, because they know every penny they save can bring them more wealth. To maintain long-term wealth, the only way to make money is to use money to earn money. Never be generous when in poverty, instead, learn the way wealthy people are generous when they’re rich.

Believe In Us! Gemini – One Of The Most Interesting Signs Of The Zodiac

How Each Zodiac Sign Handles Money, That’ll Be Revealed In 15 Funny Memes

How Did God Create Zodiac Signs? (Shown In 10 Memes That Anyone Of Us Can Relate)