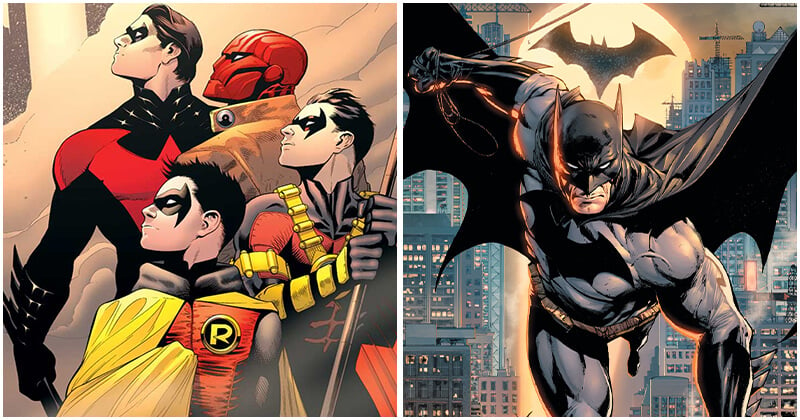 A television series focusing on the young protectors of Gotham City has been put in development by The CW Network, titled Gotham Knights.

According to Variety, this project will be curated by James Stoteraux and Chad Fiveash who will appear as executive producers. The series will be written by Natalie Abrams, also credited as co-executive producer. The preliminary synopsis of the show released by the newspaper reads:

“In the wake of Bruce Wayne’s murder, his rebellious adopted son forges an unlikely alliance with the children of Batman’s enemies when they are all framed for killing the Caped Crusader. And as the city’s most wanted criminals, this renegade band of misfits must fight to clear their names. But in a Gotham with no Dark Knight to protect it, the city descends into the most dangerous it’s ever been. However, hope comes from the most unexpected places as this team of mismatched fugitives will become its next generation of saviors.”

It is not clear to which character the term “rebellious adopted son” could refer, but fans assume that it’s more likely to be Jason Todd rather than Damian Wayne. To shed light on the issue, we just have to wait for new elements to emerge in the coming months. Fiveash and Stoteraux are currently still busy with Batwoman since its third season premiered this October. The two producers are regulars of DC character adaptations who have also followed other series such as Gotham and Krypton. Natalie Abrams, on the other hand, has already tried her hand at writing Batwoman, Supergirl and All American.

Just like other Arrowverse series that are based on DC characters, Gotham Knights will be produced by Berlanti Productions, assisted by Warner Bros. Television Studios. In addition to Batwoman, Berlanti Productions is currently working on The Flash, Legends of Tomorrow, Stargirl and Superman & Lois. At the moment, details on the casting or the hypothetical release date have yet to be disclosed. However, there’s still one thing we know for sure: this series will not be a spin-off of Batwoman. Furthermore, it will not be linked in any way to the upcoming Gotham Knights video game produced by WB Games Montréal, although the premises of the plots indeed share some similarities.