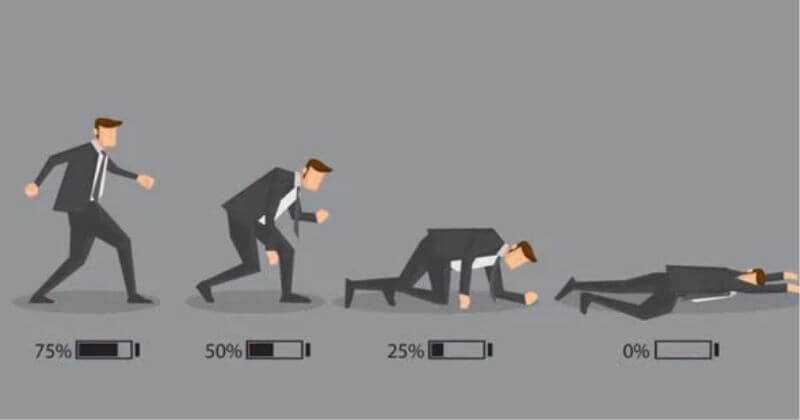 Burnout is becoming a severe issue in the new generation. So Bill Gates, a devoted person for work will tell us how to cope up with it. Employees in any profession run the risk of suffering from problems such as fatigue and stress, depression and anxiety.

Such symptoms can be caused by exhaustion syndrome, a condition recognized by the WHO.

According to the WHO, burnout is “a syndrome that has been conceptualized as the result of chronic stress in the workplace that has not been successfully managed.”

In addition to leading to reduced productivity, it can also perpetuate feelings of stress or anxiety. However, some seem to be more capable than others of dealing with the demands of the workplace.

Despite the nature of his fast-paced career, Bill Gates was convinced he would never burn out at Microsoft.

Gates had founded Microsoft by the age of 20.

At the age of 28 in 1984, he told that Microsoft would generate more than $100 million in revenue that year.

He continued to be convinced that it wouldn’t be too much for him.

When asked how he knew he wouldn’t burn out in a few years, his answer was that every day at Microsoft is different. “The work we’re doing is … it’s not like we’re doing the same thing all day long. We go into our offices and think about new programs, we get together in meetings, we go out to see end-users, we talk to customers. There’s so much variety and there are always new things going on. And I don’t think there’ll ever come a time when that would be boring,” he said.

Looking at his subsequent achievements, the years that followed only seemed to prove him right.

Microsoft went public in 1986, and he would go on to be the richest man in the world.

How you can avoid burnout at work

Even though Gates’ case is very special, it seems that avoiding routines, finding new projects, and setting challenges for yourself can do wonders when trying to avoid burnout.

There are also warning signs that can help you recognize the signs of burnout.

Christina Maslach is a professor of psychology at the University of California, Berkeley. She is a leading expert on burnout syndrome and created the Maslach Burnout Scale, which is the most widely used tool for measuring job burnout.

The measurement looks at the three main signs of job burnout-burnout, lack of motivation, and poor job performance.

If Gates’ approach doesn’t work for you, not all is lost.

There are many other methods you can try to get past it.

Finding time to exercise can help to improve sleep, which will be good for both your mental and physical well-being.

It’s also a good idea to speak to people at work, whether it be friends or a manager, and share how you’re feeling.