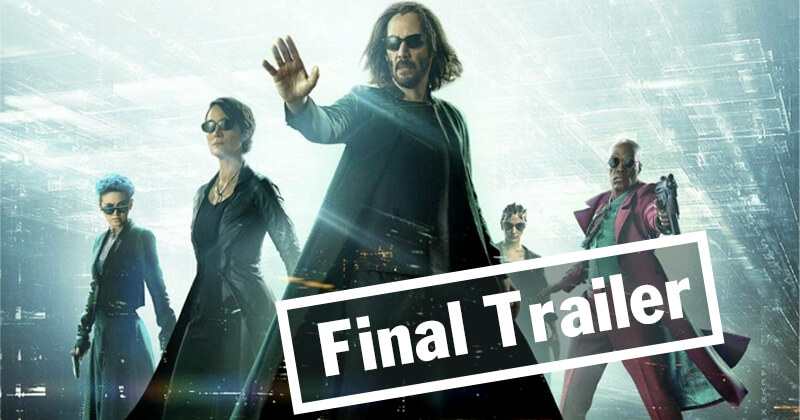 The Matrix Resurrections is back with an exciting final trailer of the film, which is expected to hit the big screen early next year! And notably, this final trailer shows us the return of another historical character in the saga, Niobe, played once again by Jada Pinkett Smith. According to what we have known so far, the new chapter of the iconic sci-fi series was directed by Lana Wachowski, this time without her sister Lily by her side who has given up on returning to work on the franchise they created. The screenplay for the film was also written by Wachowski herself and screenwriter Aleksander Hemon, with the collaboration of the film’s producer David Mitchell. In recent weeks, we have also learned that this movie is actually not a real sequel, but more like something unusual that linked to the previous trilogy. At this moment, we haven’t known much about the time plot, and even the official synopsis of the film released by Warner Bros. is quite stingy in details. You can read it below:

“In a world of two realities – everyday life and what lies behind it – Thomas Anderson will have to choose to follow the white rabbit once more. Choice, while an illusion, is still the only way in or out of the Matrix, which is stronger, more secure and more dangerous than ever before.” The cast of Matrix Resurrections features some iconic names from the saga, including the inevitable Keanu Reeves returning as Neo and Carrie-Ann Moss as Trinity. Other faces seen in the original trilogy include Jada Pinkett Smith as Niobe, Daniel Bernhardt as Agent Johnson, and Lambert Wilson as the Merovingian.

The Matrix Resurrections is expected to land in theaters on January 1, 2022. You can see the explosive final trailer of the film right below!