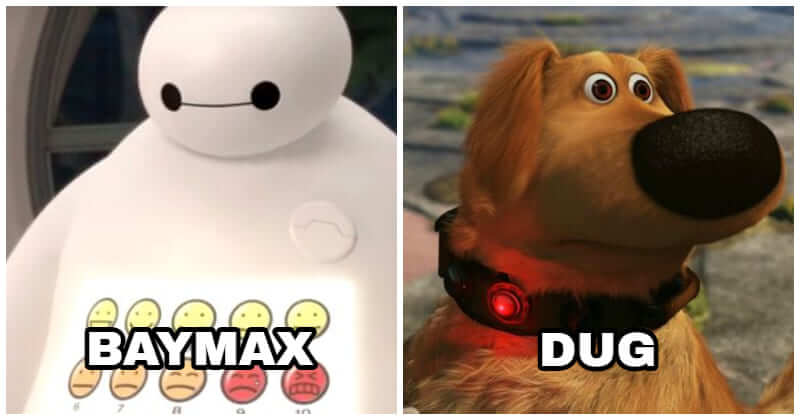 Over the years, Disney has demonstrated that its individual characters are a significant part of what makes their animated films so fascinating and re-watchable. It’s an accomplishment that transcends beyond fictional humans like Elsa and Moana, as well as non-human figures like animals or mythical creatures. To be honest, Disney has done an excellent job of imparting educational ideas through all of its characters, not just the main character.

Non-human characters released by Disney or Pixar give their films an alternative point of view, which can explore issues and emotions that may have been neglected by a human character. The distance that non-human characters provide from a narrative can help the viewer pick up on these concepts more effectively. In fact, in certain films, the audience loves and supports these characters even more than the protagonists!

Here are 10 Disney non-human characters that received the most love from the audience. How many characters in this are your favorites? Let us know in the comments section! Without Robin Williams’ portrayal as the Genie, Disney’s Aladdin would not be the same! Far from being merely a comic relief figure, the Genie serves as a cautionary tale about the drawbacks that come with having immense amounts of power over the Earth. While he can grant others’ requests, which can have a significant impact on the status quo, he is constantly subject to the whims of others. Mike’s take on humanity is a fantastic source of comedy throughout the film, and his delightful approach to romance with his fiancée Celia serves as a welcome counterpoint to Sulley’s more introspective demeanor. Furthermore, his pursuit of comedy towards the film’s finale emphasizes the film’s lesson, which is that fear isn’t the best way to achieve your goals. Baymax is crucial to some of the film’s funniest and saddest scenes, whether it’s attempting to figure out why Hiro is upset despite showing no visible signs of harm or learning how to fist bump. Baymax, imbued with Hiro’s brother Tadashi’s love and patience, brings both comfort and curiosity to Hiro. Many of Zootopia‘s characters are at odds with what viewers anticipate of them, using and challenging tropes that are common in animal-centric fiction. Judy Hopps is no exception to this, as the film concentrates upon other people’s perceptions of her and her abilities, as opposed to her own awareness of what she’s capable of. Judy headlines a story that tackles prejudice through the framework of its animal community, succinctly and effectively addressing vast issues to great effect.

#5 Sisu from Raya And The Last Dragon Sisu is the last living dragon in Raya And The Last Dragon, and he helps Raya reconnect the five pieces of the great dragon gem. Though people worship her for her power and have a profound regard for the act of forgiving, Sisu is also loving and immensely witty, frequently making self-deprecating comments that contrast sharply with Raya’s demeanor. Her richness of character contributes to the film’s message while also providing additional insight into the film’s place and culture.

#6 Joy from Inside Out Joy, as the embodiment of her name, approaches every circumstance with optimism, but during the course of the film, she learns to value other emotions and their utility, particularly Sadness. Though characters representing a single emotion may appear one-note, Inside Out utilizes their relationship to one another to highlight the complexities of sentiments.

#7 Simba from The Lion King As one of the most courageous animated Disney characters, Simba’s reaction to the devastating scene of his father’s death, fleeing the scene, and his return home are all emotional high points. The film’s use of the animal kingdom as a mirror to human society’s hierarchies, as well as the circle of life as a way to explain the natural order of things, only add to the film’s surprising relatability. WALL-E follows a robot of the same name, the last of his kind, designed to clear up litter on a busy world. His sentience causes him to be inquisitive, and the plot chronicles his evolving connection with a robot named EVE. Setting the plot on Earth in the distant future, making WALL-E a non-human protagonist is a terrific way to highlight how the world has evolved and how humans have responded to the mess. The titular protagonist of Robin Hood remains one of the most lovable characters in the Disney film, whether he’s demonstrating his archery prowess or carrying off heists to help the needy. His wits and heart make him a fantastic main character, and the interactions he shares with people he loves and those he hates are equally entertaining to watch. Up is a notoriously touching picture, and Dug, a talking golden retriever with all the earnestness and devotion associated with his breed, joins Carl and Russell on their adventure. Dug’s enthusiasm and humor help to balance out the tone of one of Pixar’s most emotional films, whether he’s falling in love with Carl right away or being sidetracked by a distant squirrel.