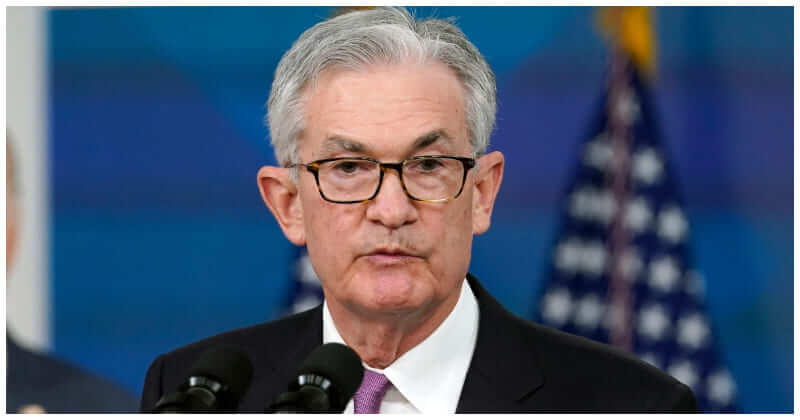 The fact that Jerome Powell intends to accelerate the pace of shrinking the size of the asset purchase program is making him occupy a role not observed in financial markets since 2018: a hawkish position. Following his comments on the possible end of FED’s asset purchases soon, the stock market plunged, short-term bond yields rose and measures of market volatility surged on Nov. Another reason why the market is trading in the red is the concern about the Omicron mutation.

For investors, a pressing question is whether yesterday’s congressional hearing is a turning point for monetary policies that have helped the S&P 500 double since Christmas 2018 or not. That was the latest time Mr. Powell took a tough line when he called for a rate hike in the fourth quarter, sending the market into one of its worst quarters ever. Max Gokhman, CIO of AlphaTrAI, said: “Mr. Powell not only has a tougher tone, but also suggests that he will tighten policy regardless of how the market will be affected.”

While the market still needs more time to assess the change in the Fed’s viewpoint, the change in stance is clear. Investors now find that they are no longer “protected” from the bleak economic prospects caused by soaring inflation.

“The market will react very strongly to the economic figures. There is a lot of fog that needs to bet gotten through,” said Michael Kantrowitz, head of portfolio strategy at Cornerstone Macro.

Since commencing his tenure as Fed Chair in February 2018, Mr. Powell has worked to reshape how the central bank assesses its employment and inflation targets. The Fed strives to raise prices higher, prompting workers to return to work and choose higher-paying jobs.

At almost every turn, the market was very excited by Mr. Powell’s dovish stance, with which Treasury bonds also increased in value and stock investments also yielded significant returns.

Now, Mr. Powell believes that the inflation target has been met. According to Neil Dutta, head of US economics at Renaissance Macro, if the job market continues to recover, he will be ready to raise interest rates.

“The Fed Chair is signaling an earlier rate hike by talking about a gradual reduction in asset purchases over a shorter period of time,” Dutta said.

“The risk for the market will be that the Fed starts tightening before the jobs target is reached. That’s not happening right now, but between now and when the tapering is complete, the job market will continue to advance rapidly,” he claimed.

Not quite a “hawkish” position However, Mr. Powell has not really expressed a “hawkish” view. Even if the Fed reduces the size of asset purchases, the economy will still receive support. Furthermore, Powell has yet to set a date for a rate hike, although an earlier tapering could speed the process.

Also, higher interest rates don’t always drag down the market’s momentum. The S&P 500 index gained an average of 5.3% in the 12 months following its first rate hike in 17 policy tightening sessions since 1946, according to Ned Davis Research.

However, the pace of tightening also made a stark difference: the S&P 500 fell an average of 2.7% during faster rate hikes, while up 11% when rate hikes were slow.

For some, Mr. Powell is simply dealing with the fact that stimulus measures are no longer necessary amid a positive economic growth. Some, including former Treasury Secretary Larry Summers, have urged the Fed to tighten policy soon to avoid inflation spiraling out of control.

Investors are also used to Fed announcements of concessions. In October 2018, Powell said that despite being raised a few times, interest rates still have a long way to go to reach equilibrium.

Three months later, with the S&P 500 losing 20%, he reversed course, saying the central bank is flexible and authorities are “listening” to the market. This move was repeated in the summer of 2019.

Zhiwei Ren, portfolio manager at Penn Mutual Asset Management, said: “The market is bewildered. In just a few days, he can change that. I wouldn’t be surprised if he makes a move. similar when the market fluctuates too much.”

Check Out Negative Traits Of Gemini Through Funny Memes

Pisces – A Fantastic Dreamer And Poet

How Sagittarius Are When They’re Sad, Showing In 15 Memes

Information Board From A to Z About Taurus, Showing In 15+ Memes