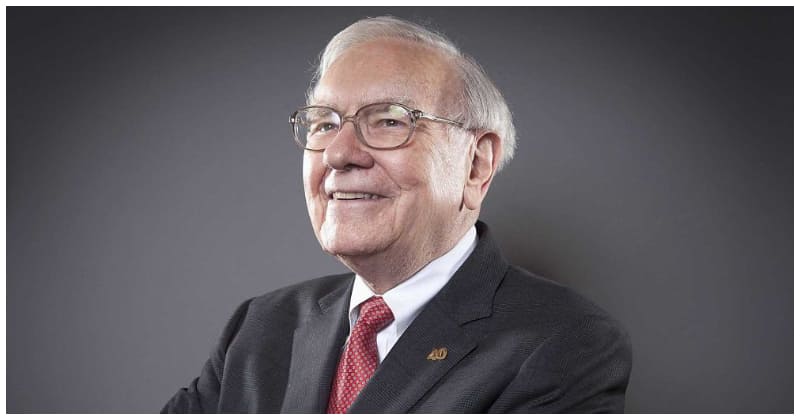 Billionaire Warren Buffett, the so-called “philanthropic king”, calls his philanthropy “the easiest thing in the world” because “giving doesn’t hurt and can make a better life for both you and your children”. Over the past 6 decades, Warren Buffett has emerged as one of the most successful investors of all time. He is also appreciated as the “oracle” or “sage” of Omaha, thanks to his righteous philosophies and business activities and surprisingly simple lifestyle.

In 1999, Warren Buffett was on the list of the best financial executives and managers of the 20th century voted by Carson. In 2007, he was included in the list of “100 most influential people in the world” by Time magazine.

At 91, Buffett’s net worth is $100.5B, ranked 10th in Forbes’ real-time billionaires list. Despite always on top of world’ richest, he received a rather modest salary during 40 years running Berkshire Hathaway.

Since 1980, he has been only paid $100.000/year, a very small amount compared to the average pay of other CEO from S&P companies, roughly $15 million. Buffett himself proposed the pay rate to the Board as the founder & CEO of Berkshire.

Despite the relative low salary, Buffett owns $100 million worth of shares in Berkshire. Even though, he still leads a humble life, living in a modest house, driving cheap car and having breakfast at McDonald’s. Because he gives most of his fortune to charity. Over the years, billionaire Warren Buffett has made 16 charitable donations to 5 organizations with a total amount of $41 billion…

Buffett announced on June 23rd that he will donate $4.1 billion in shares of Berkshire Hathaway to 5 charities. This donation marks half of the legendary investor’s philanthropic journey.

Before that, in 2006, he pledged to give all of his Berkshire shares through annual donations to 5 organizations.

“Today is a big milestone for me,” said the 90-year-old billionaire. “In 2006, I pledged to give all of my Berkshire Hathaway stock – more than 99% of my wealth – to charity. With today’s $4.1 billion donation, I’m halfway there.”

To date, the total amount he has donated to charity has reached $41 billion.

Leaving the trustee position at BMG Also, in the announcement on June 23rd, 2021, Mr. Buffett announced that he was leaving the position of trustee at the Bill & Melinda Gates Foundation charity of the billionaire couple.

This move took place in the context that the 2 co-founders, Bill & Melinda Gates, decided to divorce.

Billionaire Bill Gates, co-founder of Microsoft, and his wife Melinda French Gates, announced their divorce in May after 27 years of marriage.

The Gates family, along with Mr. Buffett, jointly founded the Giving Pledge initiative, which calls for the rich to give half of their wealth to charity.

“For many years, I was the trustee—the inactive trustee—of the only organization to receive my donations, the Bill & Melinda Gates Foundation (BMG).

Now, I am resigning from this position, just like I have done on all boards at companies other than Berkshire,” said Mr. Buffett, who is also a longtime friend of billionaire Bill Gates.

Buffett emphasized that his goals coincide 100% with the goals of the organization (BMG) and he does not need to be directly involved to achieve those goals.

The easiest deed in the world He calls his philanthropy “the easiest dead in the world” because “giving doesn’t hurt and can lead to a better life for both you and your children.”

“I am an optimist. Although a lot of people oppose – as they have done throughout my life, US’s best days are definitely ahead,” the 90-year-old billionaire said.

Buffett continued that charity would continue to link human talent with financial resources, that each force has its own strengths and weaknesses. When combined, they would make the world a much better place for future generations.

The legendary investor recently reiterated his viewpoint and affirmed that giving assets to charity is much better than leaving it to children.

After observing so many super-rich families, Warren Buffett advised that families should give their kids enough that they can do anything, but not so much that they don’t need to do anything. That was part of Buffett’s notice to Berkshire Hathaway shareholders recently.

He added that his children are all grown up and “also pursue philanthropic endeavors with both time and money”.

The 90-year-old billionaire said that in his observations, wealth transferring between family generations is less common in the US than in other countries and he believes the attractiveness of this will decrease.

Despite not letting their children inherit the entire multi-billion-dollar fortune, Mr. Buffett’s children, now in their 60s, own a $2 billion fund each founded by their father, according to the Washington Post in 2014.

According to the Real Time billionaire charts in 2021 on Forbes, Warren Buffet is in 10th place, with a net worth of $100.5 billion. This billionaire is one of the most all-time successful investors. Since 1993, this is the first year he is not in the Forbes Top 5 richest people in the world.

What Happens To Gemini During Quarantine, Showing In 20 Funny Memes

What Meme Are You, According To Your Zodiac Sign?

Lion Dad Meets His Baby For The First Time, And Their Video Is Too Sweet To Watch