Grammarly is currently reaching 30 million users every day and might make around $7.8 million per year, according to Owler.

A $200 million funding round announced last week helped the spelling and grammar checker Grammarly raise its valuation to $13 billion, according to Forbes. This has also helped the two founders of this company: Max Lytvyn and Alex Shevchenko become billionaires. 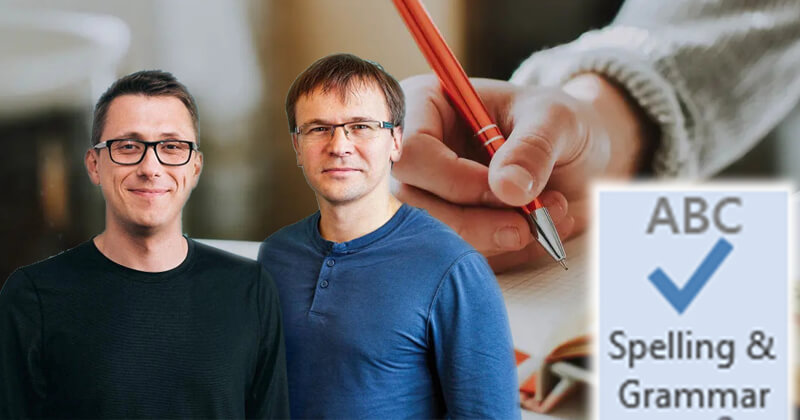 According to estimates from Forbes, the two Ukrainian-born entrepreneurs have amassed a net worth of at least $4 billion thanks to recent investments in the company they founded in 2009.

Currently, investors participating in two funding rounds in 2019 and 2021 are holding 22% of the company’s shares. Meanwhile, another co-founder, programmer Dmytro Lider, holds only 1% of the shares, according to data from Pitchbook.

The two mentioned co-founders currently each own about 35% of Grammarly shares, which means a net worth of about 4 billion USD according to calculations. A source close to the matter confirmed these numbers.

The now San Francisco-based company was founded more than a decade ago as Sentenceworks. This is a paid software package that helps students correct their grammar and spelling mistakes.

Since then, this software has expanded to not only focus on the field of education. It uses artificial intelligence to check grammar, easily find and remove errors in emails, documents and more.

The flagship product Grammarly was popularized as a free model with basic features since 2015. It has additional upgrade options for $20 to $30 a month. Grammarly CEO says the software’s success comes from word of mouth.

Today, the company says the software is reaching 30 million customers every day through its operations in over 500,000 apps and websites including mail, web browsers, social media and Microsoft Word.

This is not the only company that Lytvyn and Shevchenko started together. The two met while studying at the International Christian University in Ukraine. The idea to develop Grammarly came from the software they wrote earlier called MyDropBox. This is a software that helps prevent plagiarism in student writing.

This helped them both to ask the fundamental question in the first place: Why do people choose to steal ideas? Perhaps they find it difficult to convey ideas in their written language?

The two then moved to the US and Canada respectively to get their MBA degrees and realize their vision of MyDropBox. This business was eventually acquired by Blackboard Education Corporation.

According to Forbes, it appears that both co-founders are still living in Vancouver and it is not clear if they have become US or Canadian citizen or not. Grammarly has offices in San Francisco, Vancouver and Kyiv, Ukraine.

Prior to the mentioned funding round, Grammarly had raised $90 million from investors at a valuation of $1 billion in October 2019. The round was led by General Catalyst, with participation from IVP and several others.

New capital has just poured into Grammarly from Baillie Gifford and BlackRock, according to what the CEO of Grammarly revealed in his blog post.