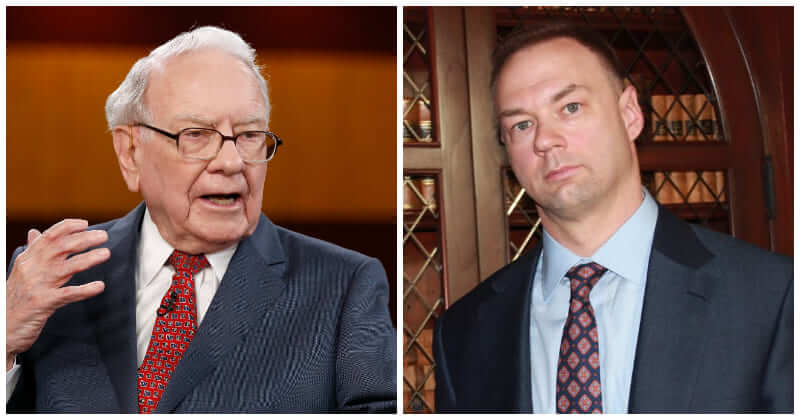 The advice of the legendary investor Warren Buffett has completely changed the mind of self-made billionaire Thomas Tull in business. Tull sold the company in 2016 for $3.5 billion. Additionally, he is also the founder of Tulco LLC – a company specializing in investing in Artificial Intelligence. Currently, he owns a fortune of $2.9 billion.

However, few know that this billionaire started up with a chain of laundromats and auto shops in his hometown of Endwell, New York, prior to his current success.

The mindset being completely changed Recently, in a CNBC interview, Thomas Tull recalled his meeting with Warren Buffett 2 years ago. He recalled he was lucky to meet Buffett for a couple of hours. Tull told Buffett about his job at Tulco and that he had always tried to find smarter business methods.

Tull said, “He (Buffett) interrupted me and said that he and Charlie Munger (his longtime associate) had the opposite opinion. Buffett said ‘We always ask ourselves: ‘What stupid thing could I do’”

At that time, Tull said he just kind of smiled. Buffett continued: “I’m serious. We try to think of whatever silly thing that can deal damage to us.”

Tull had been thinking a lot about what Buffett said because so far he had been thinking on how to be faster, better and smarter – things he considered significant for innovation. Ultimately, Tull followed Buffett’s advice and started asking the same question.

Thomas Tull grew up in a small community in upstate New York. He has two younger sisters. His mother was a single mom and his family lived in poverty. Tull’s mother had to work two jobs to make ends meet. During his teenage years, Tull did a variety of jobs to help support my family, from shoveling snow, mowing the lawn to running errands.

“Growing up, I had many different groups of friends. I studied relatively well and liked science. I also played guitar because I loved music. Eagerness on new knowledge is what helps me connect with people,” Tull shares. Thomas Tull detested the idea of working for others since he was a kid. He wanted to control his own destiny and experiment his business ideas. He has never been the kind of person that would sit still and complain or dream.

Back to the 90s, Thomas Tull’s first business was an auto shop. Interestingly, up to now, he still hasn’t known how to change his car oil.

He said that due to economic difficulties, his neighborhood chose to repair things instead of buying new.

After the auto shop, Tull opened a chain of coin-operated laundromats, impressing people.

“That’s how I started my business in my 20s”, says Thomas Tull.

Born in poverty, Tull had no experience in money spending, especially large sums. For him, one of the greatest things about being rich is freedom.

“If you grew up poor as I did, and suddenly you have enough, not to say more, to do whatever you want to on your own instead of being constrained into one occupations, you will feel much free and powerful,” says Tull.

15 Impressive Reactions Of Pisces When Someone Flirts With Them

Sisters Separated From Each Other Since Birth Reunite After Seven Decades

Funny Moments Of The Animals That Illustrate Exactly Gemini’s Characteristics

Reveal The Biggest Fears Of A Virgo With 15 Funny Memes