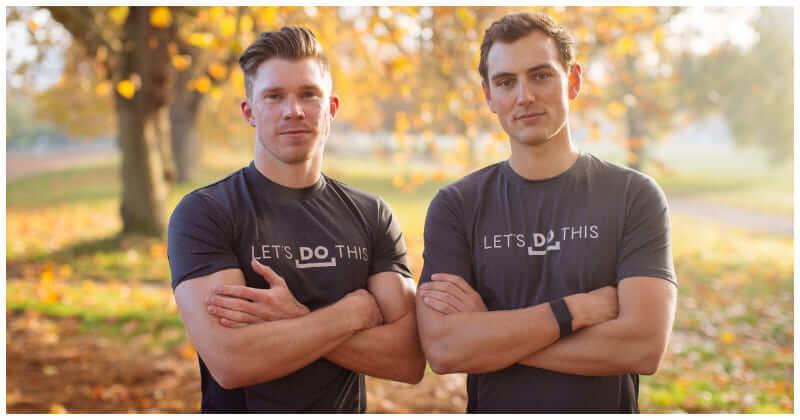 Despite not having background in tech like many start-up founders, Alex Rose and Sam Browne quickly received investments from tennis star Serena Williams and Olympic champion Usain Bolt for their sports booking platform Let’s Do This.

A naive and overconfident beginning Knowing each other since childhood, Rose and Browne became good friends while studying at the University of Cambridge. There, Rose studied chemical engineering and management, while Browne earned degrees in theology, philosophy, and psychology.

Both were actively involved in college sports. When the two founded Let’s Do This, Rose was working as an associate at the management consulting firm Oliver Wyman while Browne co-founded the adventure travel agency IGO Adventures.

The idea for the sports booking platform came from a pub conversation when Rose and Browne discussed the hardship of finding and registering for sports competitions. And then Let’s Do This was born.

The pair admitted that it was a “combination of naivety and overconfidence” that urged them to launch the business.

In hindsight, Rose said: “If we knew how difficult starting a business was at that time, I wonder whether both of us would have quit their jobs to pursue that?”. However, he also said that the obstacles when starting a business didn’t seem so “scary, when the alternative was a job I really loved,” because he started the business when he knew he “really hated” the job he was doing.

Before joining the startup program Y Combinator, the pair raised $205,248 from angel investors, mostly amateur athletes. These are the people the couple approached through friends to get the initial start-up capital.

Nevertheless, the two young entrepreneurs soon realized that the money wouldn’t be enough to cover the cost of recruiting the software engineers they needed to build the platform. So they went on to raise another £1 million, mainly from the same investors.

Rose said they had to have a lot of conversation before they found interested investors: “But if you can find a problem that people are passionate about, then there are always people who are willing to back exciting ideas,” he added. Founding Let’s Do This in 2017, Rose and Browne’s Let’s Do This is the world’s largest platform for sports featuring 15,000 events, such as marathons and triathlons.

It is a feat for a company that has only existed for more than 4 years, especially in the context of the COVID-19 pandemic that has restricted mass sports activities.

The company really started to achieve after the co-founders and the team moved California in 2018 to participate in the prestigious Y Combinator startup program. Y Combinator has been a launchpad for big-name tech companies like Airbnb and Reddit.

While in California, they contacted Pete Flint, general partner of the venture capital firm NFX, who is best known as the co-founder of the online real estate platform Trulia.

Reddit founder Alexis Ohanian, husband of Serena Williams, contacted the founders of the Y Combinator program. At the time, Rose said he and Browne couldn’t believe they’d received interest from “one of the show’s most famous, best-connected alumni.”

So Rose and Browne then asked to be introduced to Williams, the tennis star who had founded her own VC firm, Serena Ventures, in 2014.

And to get investments from Olympic champion Usain Bolt, Browne went to the Olympic gold medalist’s bar in London and convinced Bolt to have dinner for a chance to talk about Let’s Do This. “Yes, this is a real-life example of how hard you need to work to find investors quickly,” says Rose. Since Rose and Browne founded Let’s Do This, the company has raised over $31 million.

15 Hilarious Reasons Why Aquarius Is Tough To Approach

Collection Of Funny Moments When Having An Aries Lover

Read A Pisces’ Personality Through Animal Memes…Let’s Try It

10 Reasons That You Should Love A Scorpio

Parent Runs A Sock Business, So Their Son With Down Syndrome Has His Job And Lives His Life To The Fullest

What Makes You Cry According To Your Zodiac Signs, Showing In 16 Memes