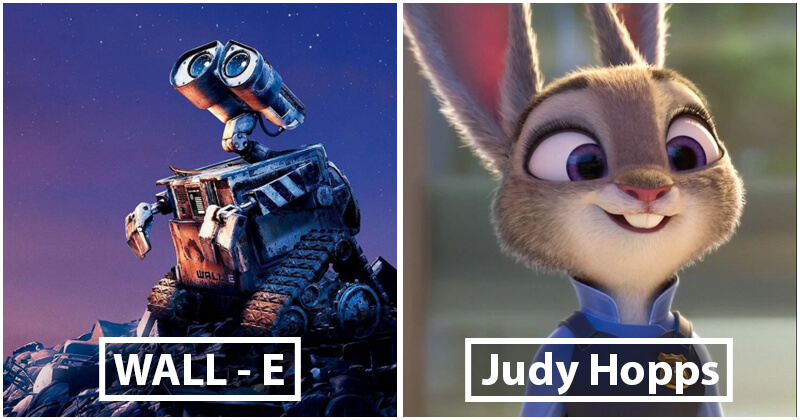 Disney has made a name for itself with iconic movies about kind-hearted, inspiring characters such as the princes or the princesses who fought their way to conquer happiness. However, that’s not what Disney is all about. Especially after Disney’s acquisition of Pixar in 2006, Disney’s world has been greatly expanded and now it consists of countless amazing characters we can’t help but adore. Besides those beautiful princesses, non-human Disney characters such as Baymax or Mike Wazowski also receive a lot of love from the audience.

Disney has shown its limitless creativity by designing characters of all shapes and sizes, of which special ones are often a highlight of each film. The use of these amusing roles helps to create a completely different world and offers a new perspective apart from our daily lives. And sometimes, when some messages cannot be conveyed by human characters, counting on non-human characters is the perfect solution for the filmmakers.

Let’s take a look at this interesting list below and discover 10 non-human characters that make all Disney fans fall in love! “Aladdin” would never be that fascinating without Genie. Mike’s personality is one of the things that makes “Monster” so attractive to many viewers. All of us all need Baymax – an adorable robot who stays by your side and share your sorrows and joys. Judy is a rabbit cop trying to examine the structure of its animal society in “Zootopia”. That sounds fantastic, right?

#5 Sisu in “Raya And The Last Dragon” Sisu surely is a loveable and funny dragon. Her vibe is completely in contrast with Raya – the protagonist. Joy is one of the five feelings that oversee protagonist Riley’s actions and personality. Just like her name, Joy is always cheerful and has a positive approach in every situation. “The Lion King” depicts the grown-up journey of the lion Simba. Through his journey, Disney animators successfully conveyed some meaningful life lessons we can hardly forget. Although he’s only a robot, Wall-E’s love for Eve has touched the heart of millions. This brave fox is one of the most popular Disney characters thanks to his intelligence and kind heart! Dug gives the audience positive energy with his innate sense of humor. Sometimes he also helps to reduce the ongoing tension in “Up”.