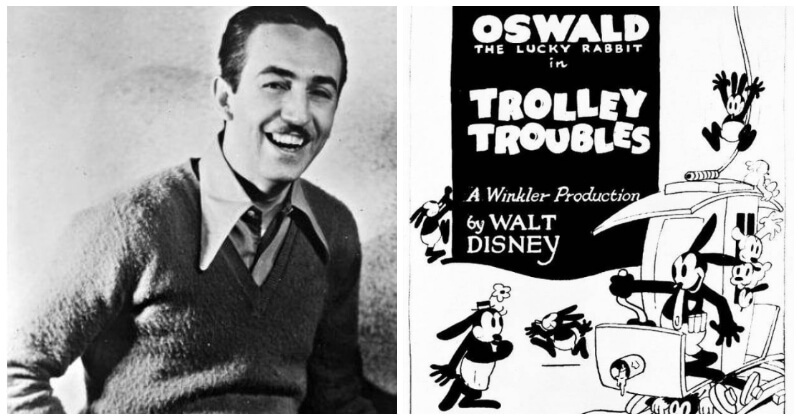 Role models are the mentors for a lot of descent generations even when they passed away thanks to their great contribution to better the world where we live. It’s easy to name some of the prominent figures like Issac Newton, Albert Einstein, Steve Jobs… And among them, Walt Disney may be the most familiar with us since we were a child and thus his career, achievements as well as many of his quotes like “It‘s kind of fun to do the impossible” or “All our dreams can come true if we have the courage to pursue them”  have such a huge motivation for all in the way of dream pursuing.

It’s been more than 50 years since this America’s national culture icon went to the otherworld, nonetheless,  his masterpieces still blow our minds every time we have a chance to get lost in them.  Walt Disney also left behind a huge, all-encompassing organization with single-minded devotion to creating more movies, family-friendly television, and characters for us to enjoy and love.

Above all, it’s noteworthy that besides being a figure in the history of animation and in the cultural history of the United States, Walt Disney was a man just like us! Below are 7 interesting facts that would shed a light on the idyllic life of an extraordinary person. 1. Walt was not only a great individual but also a loving father. It is obvious that Walt Disney was one of the most wealthy entrepreneurs and had a lot of people work for him, included professional drivers, of course. And, despite the fact that he was also up to the eyes with work, he still devoted time driving his daughter to school every single day. Moreover, Walt also gave an array of compliments to his beloved girls.

2. Just like Steve Jobs, Walt Disney was a dropout. Have you ever been surprised when you know that many successful people were dropouts? People often talk about Steve Jobs as an icon to encourage the ones with big passion but not so fond of school that they can still be succeeded when learning from outsides. But you may not know that Walt Disney also had to drop out of his high school. However, it was World War 1 that urged him to leave school for the sake of joining the Red Cross Ambulance Corps. At that time, Walt wasn’t meet the minimum age requirement which was 17, and thus not old enough to join up. Nevertheless, he was so eager to help the army in the fight against Germany that he forged his date on his birth certificate! After that, Walt worked as an ambulance driver and also did other tasks. One year later, when he actually turned 17, he was discharged.

3. Early in his career, Walt Disney almost became a salesman! On the way to pursuing a career in animation, Walt joined his brother, Roy, in Los Angeles in 1923. To be able to earn a living, his brother had to sell vacuums from door to door. At that time, Roy once persuaded his younger brother to do sell vacuums with him. But, thank God, Walt received an offer to make short animation from a company in New York, the other way we may not have great movies from studio Walt Disney! Yeah, who knows?

4. Although Disney was not its official animator but he was the one giving Mickey soul via his voice!

During almost 20 years (1928-1847), Mickey was directly voiced over by no one else but his owner- Walt Disney. And, this may be one of the most intriguing facts about Walt! Thanks to his owner’s great devotion that Mickey could be so lively and well-known as it is nowadays. After having turned over the “task” to Jimmy MacDonald in 1947, Walt Disney still kept the role of Mickey Mouse’s voice in shorts for “The Mickey Mouse Club”.

5. It was Walt who first thought of Mickey Mouse, but it was Ub Iwerks who actually DRAW the Mouse! For many things to happen in 1928, Walt Disney started concentrating more on producing, directing, and story development instead of continuing work as an animator.  It is true that he sketched Mickey Mouse but for Mickey to become his first hot hit, after the official releases,  it required his animators to exert a great deal of strenuous physical work. Though, Walt did draw Mickey for his fans when they wish.

6. Not Mickey but it was Oswald – the lucky rabbit in trolley troubles which really was Walt’s “first”. Walt Disney was working at Universal Studios in 1927 when they asked him and his head animator, Ub Iwerks, to design them a cartoon character. The eventual product of this endeavor was “Oswald the Lucky Rabbit,” which was a huge hit at that time. The character was extremely well-marketed, and it was a big success for Walt Disney. He returned to New York with it on his CV, expecting to renegotiate his contract with producer Charles Mintz. However, it appeared that Mintz was not in the mood to bargain and instead preferred to decrease the budget, which is even more discouraging. Failing to negotiate with Minz, Disney lost the rights to Oswald to Universal as a result as well as most of his chief animators, he left New York dejected and empty.

On the train ride back to California, however, Walt Disney sketched his most iconic character of all: Mickey Mouse, which is the magic in real life for all of us. Long after that, for nearly 80 years later, Walt left behind reclaimed rights to Oswald in a trade arrangement between Disney/ABC and Universal/NBC in 2006. Peter Pan used to be starred by Walt once when he was a small kid back to his school time. If you know playing a role as Peter Pan – the Boy Who Never Grew Up was Walt’s dream then you’ll feel how much he loved this character at that time. Walt said he still vividly remembered fond memory when he played this iconic character with the help of his brother. Roy used a rope to hoist him up over the stage to create the feeling of flying. This favored story is such a piece of solid evidence for the pivotal role of Roy in Walt’s team. With that memory lived on in his heart, Disney’s Peter Pan was released in 1953, and this captivating movie continually to live on our heart even these days.