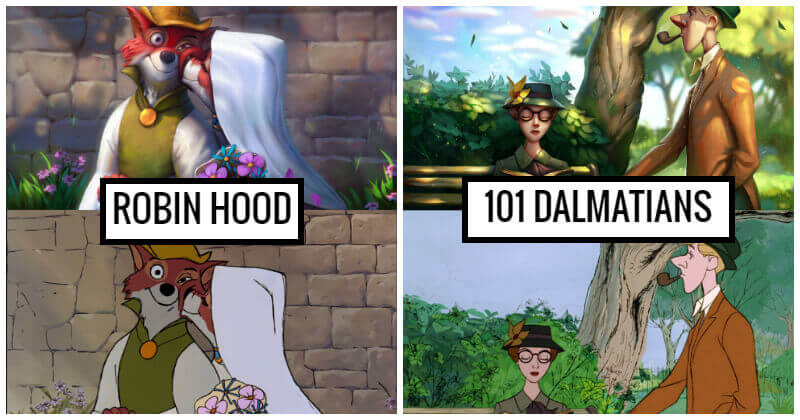 Isn’t it true that most of us don’t want to accept the fact that we’re getting older? However, if you spend just a few minutes scrolling through the most recent animated films, you will notice a significant difference. The most modern 3D techniques are used in today’s movies, yet our favorite films are so old that the visuals are incredibly dull. But fear not, because a talented artist has appeared who breathes new life into old iconic movie scenes with the latest 3D drawing technology!

Tyson Murphy, a talented artist who holds the position of Principal Artist at the famous game development company Riot Games, decided to remake the legendary Disney movie scenes. He utilizes his unique skills to reproduce old childhood movie scenes in a fantastic way as a skilled game designer who has contributed to the Warcraft franchise, which we have been infatuated with for over two decades. To be honest, his work is absolutely wonderful, and hundreds of Disney lovers all across the world have praised it.

Watch till the end and don’t forget to let us know which artwork you like best! (if you can actually pick one) In sophisticated 3D rendering, Robin Hood and Maid Marian from our childhood movie look magnificent! This is without a doubt one of the most famous scenes from the film, and every Disney fan who sees this artwork will desire the film to be remade. Any Disney fan will undoubtedly be touched by seeing the classic scene from the 1961 film 101 Dalmatians recreated. Who’d have guessed that visuals could be so essential in an animated film?

#3 The Sword In The Stone This is without a doubt my favorite piece of art! The basic lines of the 1963 graphics have been replaced with modern 3D techniques that have dramatically altered this famous scene, and it is truly gorgeous!

#4 If you’re interested, you could see more of his amazing art like the drawings of these game creations on his Deviant page! #5 In addition, this creative artist sometimes creates short comics, and “Max” is a typical one He shared about this comic: “A little comic I did for my wife for Christmas. Our son Max is autistic, and can only say a few words. That doesn’t stop him from trying to communicate with us through his laughing, his crying, and his awesome hugs!”. Not only is he a dedicated artist, he’s also an amazing husband and father! Hope everyone will always support this artist in his upcoming works!