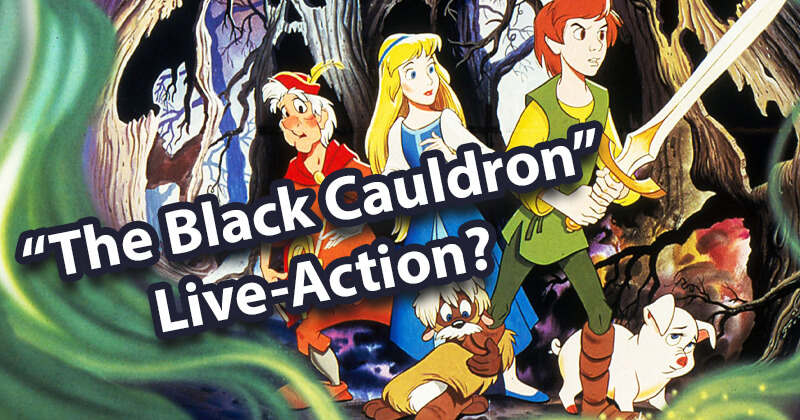 Looking for news about the black cauldron remake? We’ve come to the right place! Disney’s live-action remakes of its animated classics have been blooming in the last few years and no matter how controversial they are, their huge success is undeniable. For some reason, people simply can’t get enough of these magical, delightful smash hits. Disney’s iconic animated characters are irreplaceable themselves, but there’s something about their charming real-life versions that make Disneyphiles hardly take their eyes off the screen.

So, whenever the studio completed its newest live-action project, the question would always be: “What’s next?” Alongside some confirmed information about the remakes of “Robin Hood”, “Bambi”, “Tangled”, “Lilo and Stitch”, “Treasure Planet” and “Atlantis: The Lost Empire”, there are also rumors that Disney is considering developing a live-action version of its 1985 animated movie “The Black Cauldron”, and Disney fans just can’t wait. Based on the children’s high fantasy novel series “The Chronicles of Prydain”, “The Black Cauldron” was the very first Disney movie labeled “PG” ever and was said to be a little bit dark. It tells the story of assistant pig keeper Taran, Princess Eilonwy of Llyr, self-styled bard Fflewddur Fflam, a woodland creature named Gurgi and a pig named Hen Wen who can predict the future during their fight against the Horned King. According to insider Daniel Richtman, “The Black Cauldron” live-action is indeed in the works. Even though the original 1985 animation was considered a commercial failure that was unable to convey the spirit of such excellent novels, viewers have a reason to believe the brand new remake of this would be something worth waiting for.