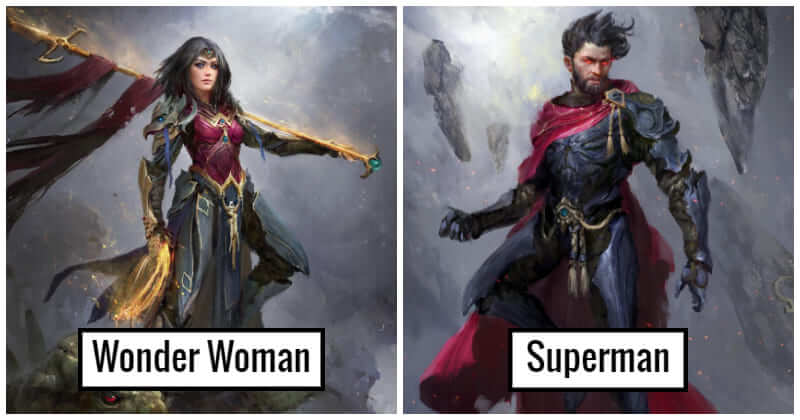 Fan artworks are something that every comic and cinema lover looks forward to in their fandoms. When great artists reimagine their favorite characters in their own touch, this is known as making fan artworks. If you’ve ever been a fan of superheroes, you’ll be familiar with the DC cinematic universe, which features many well-known characters such as Batman, Superman, Wonder Woman, and others. Many artists are inspired by them, like theDURRRRIAN, a Malaysian artist who is a passionate DC fan.

This artist has recreated 6 of DC’s most notable superheroes in a fantastic style, using his creative talent and enthusiasm for the world of cinema – comic DC. You’ll be hooked with these illustrations from the first moment you see them since your favorite superhero now looks magnificent and spectacular! I’m sure you’ll be astonished if you read all the way to the end and don’t skip any artwork! Don’t forget to tell us which character has wowed you the most in the comment section! In this version, Cyborg looks fantastic in a robot body, with his head being the only part of his human body left… Isn’t it beautiful but yet painful? Superman looks fierce and powerful in this brilliant artist’s brushstrokes Wonder Woman is without a doubt my favorite character! This artist has nicely demonstrated the power of this goddess! Honestly, Aquaman in this version is much gentler than Aquaman in the movie version… But anyway, it’s fantastic! I’m really in love with the lightning this artist drew in the footsteps of The Flash! Isn’t it so cool?

#7 Finally, a full member photo of The Justice League! 9 Celebrities Who Survived From Unforgivable Scandals

10+ Hollywood Actors Who Are Notoriously Difficult To Work With