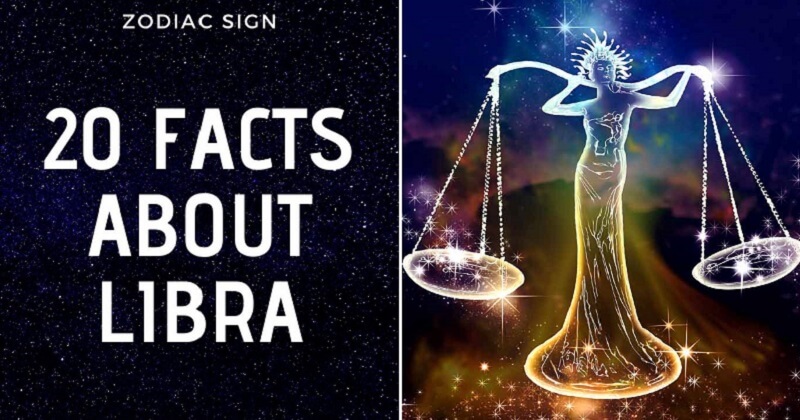 If you were born between the dates of September 23rd and October 22nd, you are a Libra. When it comes to this zodiac, there are three adjectives that come to your mind quickly; equality, harmony, and diplomatic. It’s because the symbol of Libra is the scale. But in fact, there’s always more to Libra’s personalities than its symbol alone! Libra personality is known for being charming, intellectual and sociable. They will do everything they can to maintain peace and happiness. They are willing to put the needs of others above their own, even if it is not good to them. In order to help you understand about Libra and their personalities, we are happy to share some facts about them with you. Here’s 20 interesting facts about the Libra zodiac sign that can amaze you. Scroll down to see for yourself!

Facts 1: Libras are very emotional and tend to be excellent at reading emotions in other people.

Facts 2: Libras hate texting first as it makes them feel like they are annoying.

Facts 3: They tend to care a lot about their appearance.

Facts 5: Libras can face with setbacks better than anyone else can.

Facts 6: Libras are peacekeepers and tend to be excellent mediators. Facts 7: Don’t cheat on Libra that give you their entire world.

Facts 8: They are great lovers who can satisfy your needs.

Facts 9: Libras are able to see both sides of a story but unable to pick a side themselves.

Facts 11: Libras thrive on balance, and that’s in line with their symbol, the scales. Facts 13: Libra are not rude, they are honest.

Facts 14: Things your #Libra friend will say : I’ll support you till the end.

Facts 16: The most suitable dessert of Libras : Bread pudding

Facts 17: They only get stubborn when people don’t take them seriously. Facts 18: Libras are shy until you get to know them.

Facts 20: Most Libras are confident they can satisfy you…and they do.

How Much Do Taurus Love Themselves? All Will Be Revealed Here

Get To Know Sagittarius Personality Through Their Mood…Let’s Try It!

25 Scenarios After Zodiac Signs Say “I Don’t Overthink”, And They Are So Funny

Unusual And Fascinating Maps That Will Surprise You About The World