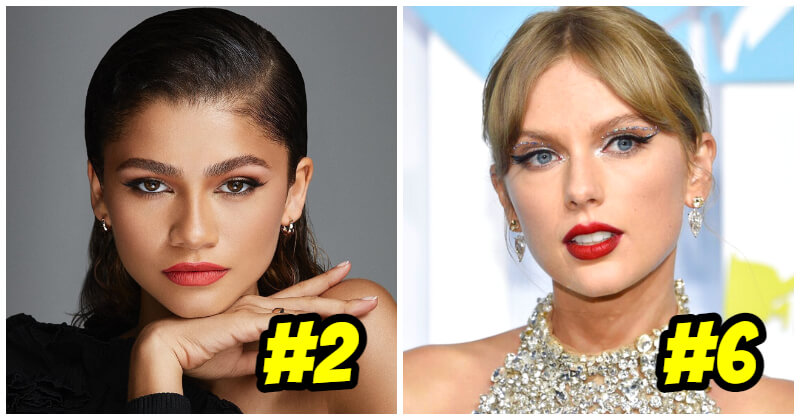 “Beauty lies in the eyes of the beholder,” so it’s very hard to find an accurate measurement for beauty. However, when it comes to faces, Ancient Greece has a pretty awesome tool to determine the most attractive women and it’s called The Golden Ratio.

So what is the Golden Ratio? Basically, it’s a formula that calculates the perfect symmetry in design, which is pleasing to the eye. Therefore, the most beautiful face according to the Golden Ratio will be the one that has the ratio closest to Phi, which is mathematically the number 1.618.

A British plastic surgeon named Julian De Silva took inspiration from the philosophical concept of Phi and came up with a formula for the Golden Ratio score. With the help of computerized facial mapping, he got the list of the ten most attractive women on the planet, according to science of course! So let’s find out who these women are. According to the Golden Ratio, Jodie Comer is the most beautiful woman in the world with a score of 94.52%. She was famous through the series Killing Eve and won several awards in her career, including two British Academy Television Awards and a Primetime Emmy Award. Follow-up is Zendaya with a Golden Ration of 94.37%. She started her career as the star in Disney’s series Shake It Up, but she was most famous for her roles as the protagonist in the series Euphoria and MJ in the MCU Spider-Man films. Bella Hadid is a famous supermodel who has walked for huge brands such as Tom Ford, Chanel, Givenchy, and Dior. Her score is 94.35%. Beyoncé was one of the most successful female artists of our time. She has the highest number of Grammy wins for a female artist, which is 28 awards. Her face scored 92.44% according to the Golden Ratio. Ariana Grande was one of the most influential singers of our generation, and she got a score of 91.81%, which placed her in 5th place on the list. Next up is Taylor Swift, one of the most talented female singers and songwriters in the entertainment industry. She has 11 Grammy Awards and a lot of hit songs that make it to the No.1 place on the Billboard Hot 100 list. Her Golden Ration score is 91.64%. Jourdan Dunn is one of the world’s highest-paid models. According to the Golden Ratio, Jourdan Dunn’s score is 91.39%. The queen of controversies, Kim Kardashian, is ranked 8th on the list of the most attractive women in the world. Her score is 91.28%. Deepika Padukone is one of the most famous actresses in India and she has a score of 91.22% She also has the perfect eyebrows among all the celebrities on the list. HoYeon Jung was nominated for an Emmy award for her performance in Netflix show Squid Game. Her score is 89.63% according to Dr. De Silva.

Do you agree with the list? Remember, this list was wholly based on scientific calculations and ratios, so you can totally have a different opinion. Speaking of attractive women, there are some female celebrities who look super pretty, with or without makeup. They show everybody that you don’t need makeup to look beautiful. Check these queens out!

27 Rare Celebrity Photos That Are Too Remarkable to Be Forgotten

Mariah Carey Teases Us All On Her Twitter: She Returns THIS Early?

10 Actors Who Have Their Breakout Roles Later In Life

What Died Young Celebrities Would Look Like Today If They Were Still Alive? And It’s Truly Emotional