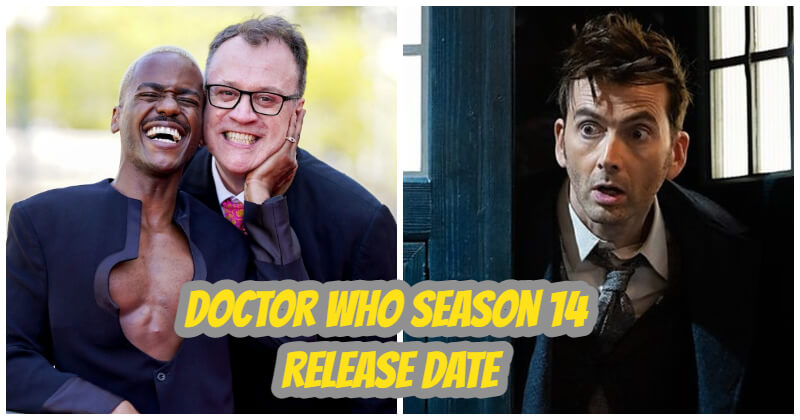 Every time the Doctor regenerates, Doctor Who also changes, becoming a new version of itself. The return of Russell T. Davies, the TV icon who revived Doctor Who in 2005, brings a special sense of familiarity with the end of Jodie Whittaker and Chris Chibnall’s era.

The Whovian fandom has never been more excited for a new season, but what can we actually expect from the show moving forward? Here is everything you need to know about Doctor Who season 14. Unfortunately, fans are going to be in for quite a lengthy wait. Mark your calendars for November 2023, when the 60th-anniversary specials – featuring fan favourites David Tennant and Catherine Tate – will arrive on screens.

Gatwa’s first full episode as the Doctor will follow during the festive season in 2023. With the return of Russell T Davies as showrunner comes the arrival of a brand-new Doctor, as is traditional with a handover. Fans who expected the reveal to come in Jodie Whittaker’s last adventure were shocked to learn on May 8, 2022, that Ncuti Gatwa has already been confirmed as our brand-new Doctor.

“There aren’t quite the words to describe how I’m feeling,” Gatwa said of this historic moment. “A mix of deeply honoured, beyond excited and of course a little bit scared. “This role and show means so much to so many around the world, including myself, and each one of my incredibly talented predecessors has handled that unique responsibility and privilege with the utmost care. I will endeavour my utmost to do the same.

No one else has officially been announced yet for the new season 14 cast, although some of the fan picks for the Doctor themself could end up appearing in a different capacity. That includes someone we’ve already met before, Jo Martin, who could easily take centre stage as the Fugitive Doctor.

3. Doctor Who season 14 plot: What will happen? Few could have predicted that this change would involve the return of Doctor Who’s most popular showrunner years after he first left the show. Speaking on this, Russell said:

“I’m beyond excited to be back on my favourite show. But we’re time-travelling too fast, there’s a whole series of Jodie Whittaker’s brilliant Doctor for me to enjoy, with my friend and hero Chris Chibnall at the helm. I’m still a viewer for now.”

Discussing his replacement, Chibnall said: “It’s monumentally exciting and fitting that Doctor Who’s 60th anniversary will see one of Britain’s screenwriting diamonds return home. Russell built the baton that is about to be handed back to him. However, fans did grow worried when it was announced that Bad Wolf would take over producing Doctor Who from BBC Studios. It potentially causes a loss of £40 million for the BBC every ten episodes that are made. Crucially, The Times‘ report suggested that Bad Wolf would also take control of “creative direction”, but the BBC has since pushed back on this, clarifying that they would continue to have commercial oversight.

“We’re incredibly excited about the future of Doctor Who. BBC Studios is ultimately responsible for delivering the show and this production partnership is about long-term investment that will radically build on the already-huge success of the show and franchise worldwide,” a BBC representative said.

Let’s hope this still allows Russell to put his stamp on the show, perhaps even bringing us more positive LGBTQ+ content than Doctor Who has ever seen before. The Flux finale hinted at queer love between Yaz and the Doctor, but hinting isn’t really good enough. What’s more, Jodie Whittaker’s finale episode did very little to push this further forward.

Fans have now been given a sneak peek at what’s to come next year, thanks to an exciting trailer. It naturally offered a first-look at Ncuti Gatwa in action, with a short snippet showing the new Doctor passionately shouting the words: “Will someone tell me what the hell is going on here?”