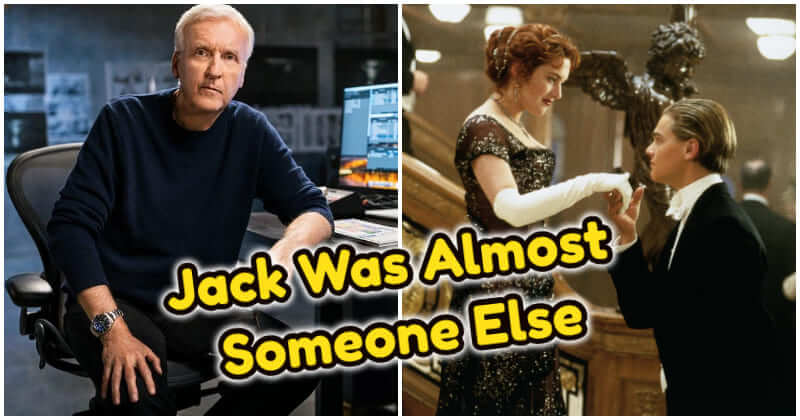 Leonardo DiCaprio may mostly thank Titanic for his global notoriety, but the 1997 blockbuster’s director James Cameron claims that he almost turned the young actor away when he showed up for his audition with a bad attitude.

Cameron discussed how his first contact with the “charming” DiCaprio was swiftly eclipsed by their second encounter when the star was asked back for a read with co-star Kate Winslet, who had already been cast. “…[He] came back a couple of days later, and I had the camera set up to record the video. He didn’t know he was going to test. He thought it was another meeting to meet Kate.

The Oscar-winning director recounted being so shocked by the fresh-faced actor’s conceit that he gave DiCaprio a stern warning: “respect my time by reading the script, or you’re out.” “Come on. This is a giant movie that is going to take two years of my life, and you’ll be gone doing five other things while I’m doing post-production. So, I’m not going to f— it up by making the wrong decision in casting.

“So you’re going to read, or you’re not going to get the part.”

Despite first hesitating, the What’s Eating Gilbert Grape actor eventually agreed to read for the part of tragic heartthrob Jack Dawson, and he was cast in the position right away.

Cameron recalled, saying he knew from right away that Leonardo DiCaprio was the right candidate. “So he comes in, and he’s like every ounce of his entire being is just so negative—right up until I said, ‘Action.’ Then he turned into Jack. Kate just lit up, and they played the scene,”

“Kate just lit up, and they played the scene. Dark clouds had opened up, and a ray of sun came down and lit up Jack. I’m like, ‘All right. He’s the guy.'”

Regardless of opinions, it’s clear that Cameron made the correct choice in his casting because DiCaprio and Winslet’s connection helped the moving historical drama become one of the highest-grossing films in history.

17 Stars Who Play Scary Villains Onscreen But Are Cuties IRL