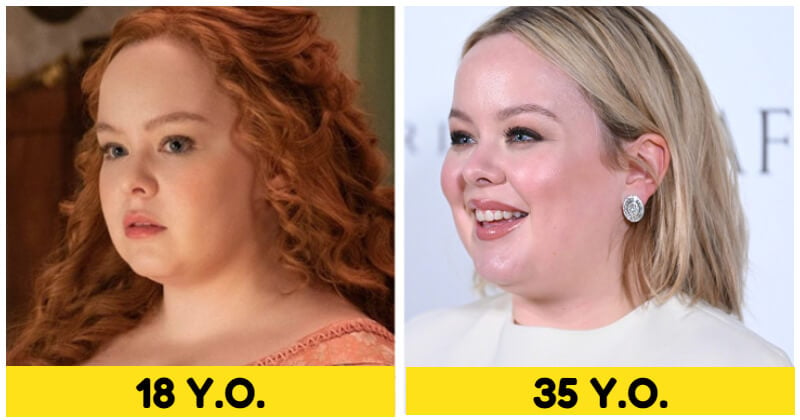 An inevitable fact is that almost actors and actresses portraying some of the most recognized roles aren’t always the same age as their characters. When it comes to casting, whether it’s a factor of experience or appearance, the age gap seems to be widely ignored. And only when the secrets about actors’ actual ages are revealed, a large number of unaware fans gasp in huge shock.

For example, a 24-year-old Troian Bellisario embodied a high school junior on “Pretty Little Liars”, or Barbra Streisand’s character in the 1983 movie “Yentl” is just 16 years old while the actress was 41 – almost a quarter century older than her role. No matter how the age gap is, it is a great challenge.

We’ve gathered some actors whose real age goes as far as their characters’ age. You can see more here, here, and here.

#1 Leonardo DiCaprio, Catch Me If You Can DiCaprio has always looked younger than he is, which comes in handy sometimes. in the famous movie “Catch Me If You Can”, the actor was 28 playing a 16-year-old. At the age of 35, Nicola Coughlan played Penelope, said to be 18 years old when she enters society alongside her sister Philippa and Prudence in the film “Bridgerton”. John Cho is an American actor known for his role as Hikaru Sulu in the Star Trek rebooted film series. At 35, Dame Emma Thompson was considerably older than the character of Elinor Dashwood in the novel, who is generally thought to be around nineteen. The actress portrayed Josie McCoy, the lead singer of the band Josie and the Pussycats, on the CW television series Riverdale. At that time, she was 31 years old #14 Darren Barnet, Never Have I Ever Source: © Never Have I Ever / Netflix, © Eugene Powers / Shutterstock.com

Your On Your Own Kid Lyrics – Taylor Swift’s Midnights Album