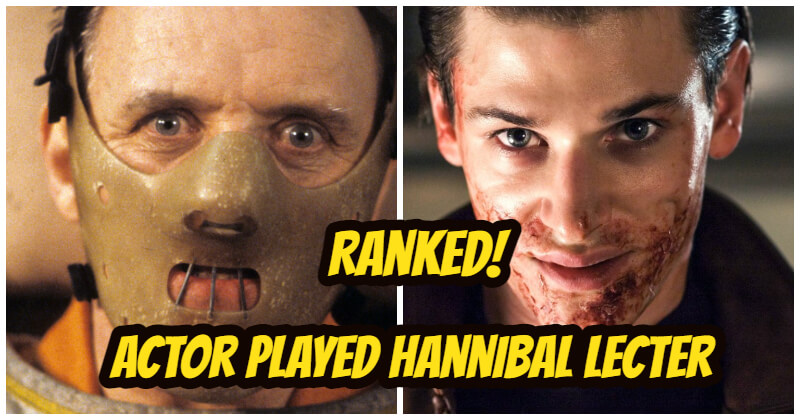 Those unfamiliar with the character may be surprised to know that, besides Hopkins, three other actors have portrayed the infamous Hannibal “The Cannibal” Lecter, and that one of them may have surpassed Hopkins in terms of character portrayal. Here is our ranking of every actor who has played Hannibal Lecter, from Mads Mikkelsen to Anthony Hopkins. The following is a ranking of actors who have played one of cinema’s or television’s most terrifying villains.

Despite being the first actor to play Dr. Hannibal Lecter, Brian Cox’s portrayal is both the least known and the least popular. Cox portrayed Hannibal in the 1986 film Manhunter, an adaptation of Thomas Harris’ novel Red Dragon. Hannibal Lecter is in a maximum security facility in Manhunter after FBI agent Will Graham discovers evidence that Dr. Lecter is the cannibalistic serial killer he has been hunting.

After nearly becoming Hannibal’s next victim, Will manages to survive and bring him into custody. The film’s plot centers around the intimate interactions between Will and Hannibal and, because of that, Cox’s performance is almost entirely based on these interactions. Cox’s interpretation of Hannibal is loud, arrogant, and very blunt. The late Gaspard Ulliel is the only actor on this list tasked with portraying a young Hannibal Lecter. In Hannibal Rising, the audience is given Hannibal’s backstory, beginning with the tragedies that scarred his childhood. After the violent death of his parents, he and his sister Mischa are taken hostage by a group of disturbed men. The hungry men kill Mischa before dismembering and cooking her. As if that wasn’t sickening enough, the men also feed Mischa to Hannibal. Later, Hannibal is sent to an orphanage and eventually escapes to go live with his aunt in Paris.

Ulliel portrays Hannibal as a young man, living in Paris and attending medical school. While achieving the ranks of a top student, he sets out on a mission of revenge to brutally kill and eat each of the men that terrorized his childhood and murdered his sister. Ulliel’s Hannibal is handsome, charismatic, and chillingly psychopathic. Ulliel is perfect in the murder and torture scenes. He truly let us see the immense pleasure Hannibal derives from committing murder. Much like The Silence of the Lambs, the role in Red Dragon involves working with an FBI agent to help catch a serial killer. The movie Hannibal provides a glimpse of Hannibal outside his cell, living in Italy after escaping custody in The Silence of the Lambs. Hopkins’s Hannibal is painstakingly polite, precise with his words, and chillingly calm. As a viewer, you almost forget he is a cannibal and a serial killer and would take your life without a second thought if given the chance. Mads Mikkelsen is the only actor on this list to play Hannibal Lecter in a television series, which was aptly titled Hannibal. Television is a different animal than film and comes with its own challenges for an actor. If there was any doubt that anyone could play Hannibal as well as, or even better than, Hopkins, there isn’t anymore. In some ways, Mikkelsen pays tribute to Hopkins’s Hannibal. Mikkelsen’s Hannibal is severely polite, formal, and calm. He is able to wear the mask of normalcy when necessary and knows exactly when to take it off.

But with his rendition of Hannibal, Mikkelsen takes all the artistic liberty afforded to him by the long form nature of television. Episode to episode, season to season, we see Hannibal manipulate those around him, host several stomach-turning but immaculate dinner parties, treat patients as a psychiatrist, develop a twisted relationship with Will Graham, work with the FBI, and eventually devolve into self-destruction. In his portrayal of Dr. Hannibal Lecter, Mads Mikkelsen gives his all.

15 Celebrities Who Are Descendants of Renowned Historical Figures