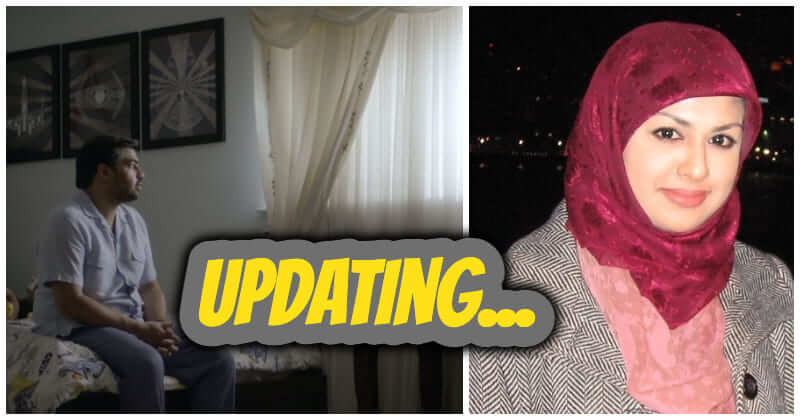 The true crime documentary series investigates a wide range of possible explanations for crimes ranging from the murder of Pat Mullins to the disappearance of Marie Elizabeth Spannhake. Episode 9, “Abducted by a Parent,” focuses on the kidnapping of Aziz Khan, in which the perpetrator is more easily identified.

The FBI is now searching for Ahmed Kandil in connection with the abduction of Belel and Amina Kandil. Rabia Khalid and her husband Elliot Bourgeois are suspected of the disappearance of 11-year-old Aziz Khan, who is also featured in this episode. In light of Aziz’s father Abdul Khan’s interview with Unsolved Mysteries in search of his son, here is all the information you need to know about Rabia, the ex-wife of Aziz’s kidnapper of the suspect. Also, here is the updated information about the Cameron Hooker Unsolved Mysteries case.

Who Is Rabia Khalid Unsolved Mysteries?

Native of the Peach State Rabia Khalid, Abdul Khan’s ex-wife, is the prime suspect in the abduction of their son Aziz. By the time their son Abdul Aziz Khan, or Aziz, was four years old, Rabia and Abdul had already divorced in April 2014. Rabia longed to be near her relatives in Atlanta, Georgia, while she and her family lived in New Orleans. Originally, Abdul and Rabia had joint custody of Aziz, with Abdul having weekend visitation rights. However, after Rabia began dating Elliot Bourgeois, the two got into a heated custody struggle.

“I had my team set up surveillance in the apartment complex where Elliot, Rabia, and Aziz lived,” private investigator JT Summers told Netflix. From October 19th to October 23rd, 2017, we conducted nonstop 96-hour surveillance of their vehicles and personnel.

It’s safe to say that we were constantly on their tail. Making trips to the supermarket, the bus stop, and the school to drop off and pick up Aziz. Elliot went to work and returned, but there was no indication that they were making preparations to leave with Aziz. For the time being, their lives appeared to be quite typical.

The court ruled that Abdul should have sole custody of Aziz, but on November 27 of that year, Aziz vanished; his mother was later considered to be responsible for his disappearance. Rabia was given a felony warrant for her arrest on January 2, 2020, and she and her new husband, Elliot, are now wanted for their roles in a series of thefts and burglaries in 2019. They “did not show up at work one day, just out of the blue,” Deputy US Marshal Brian Fair told MissingKids.org at the time. The expression, “They disappeared from the face of the earth,” is appropriate.

#2. Where Are Rabia Khalid and Aziz? Though Rabia faces kidnapping charges, neither she nor Aziz has been located. According to the U.S. Marshals, she “may be traveling with her husband, Elliot Bourgeois,” and may use the name Rabia Bourgeois.

According to Abdul, the 37-year-old had been working as an epidemiologist before vanishing and had planned to flee the country. The documentary states that Aziz was removed from school ten days before his disappearance and that Rabia and Elliot gave up their employment and sold their vehicles before going missing. Abdul asserted that the couple had “disappeared” after turning off their phones and computers.

Why Was Darrell Brooks In Wheelchair? Updating