Tariq Khoyaratty, an Oxford University PhD student did a simply genius job when his landlord banned his cat from entering the home. Khoyaratty and his girlfriend Nikki live in Grade II building. Living in this building in UK means that you have to follow certain rules and regulation because of its historical significance.

Due to this, the alternations in the building were almost impossible and this leaves couple to do something amazing for their kitty to sneak in. So, they decided to make a ladder for Nelson to run up their room and jump through an open window.

While making the ladder they were not sure that if the cat will be able to climb up the ladder or not. So, for practice they made a small one against the downstairs window. “Once he was used to it, we coaxed him onto the larger ladder with treats and he took it very quickly”, says Khoyaratty.

They also installed soft rugs around the bottom of ladder to avoid any potential crash or harm to the kitty. Now this ladder is the only way for the cat to enter or exit the house. An elastic bungee cord is used to attach the top of the ladder to the bedroom window. This whole 7-meter long ladder costs less than $30.

When the landlord banned cat inside the building, the university student Tariz Khoyaratty came up with a brilliant idea. 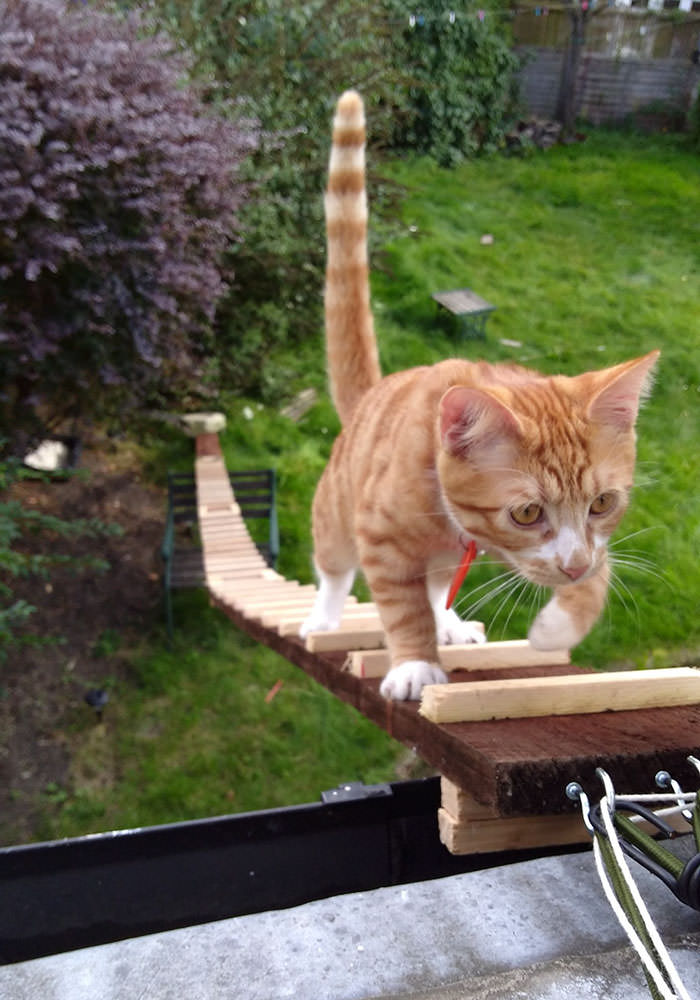 He built the ladder for his kitty to run up and enter through an open window. 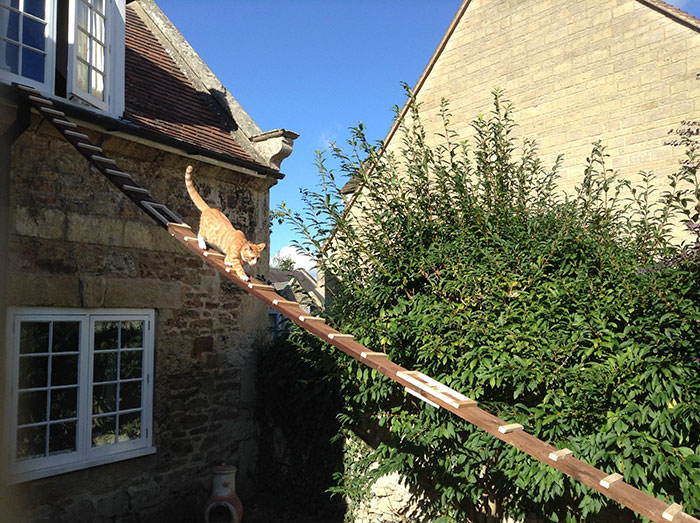 “We coaxed him onto the larger ladder with treats and he took to it very quickly”, Khoyaratty told Metro. 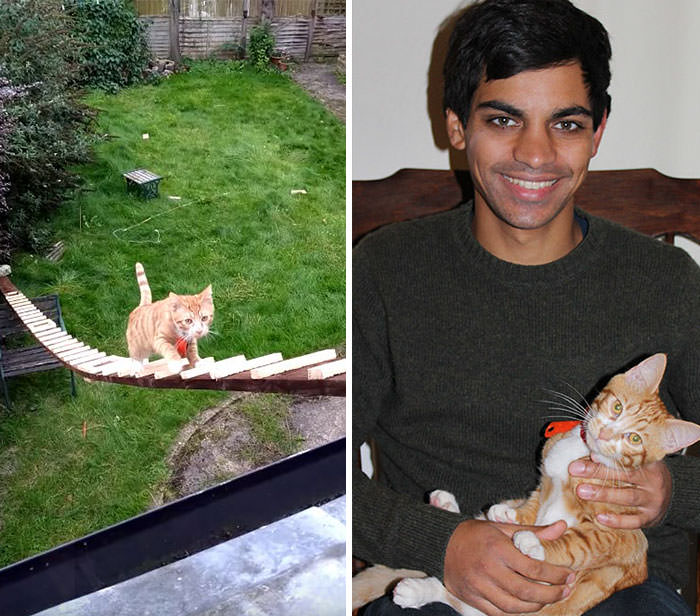 Kitty found its way to enter and leave the house.

With this structure of less than $30, everyone is happy, the owner, the cat and even the landlord. 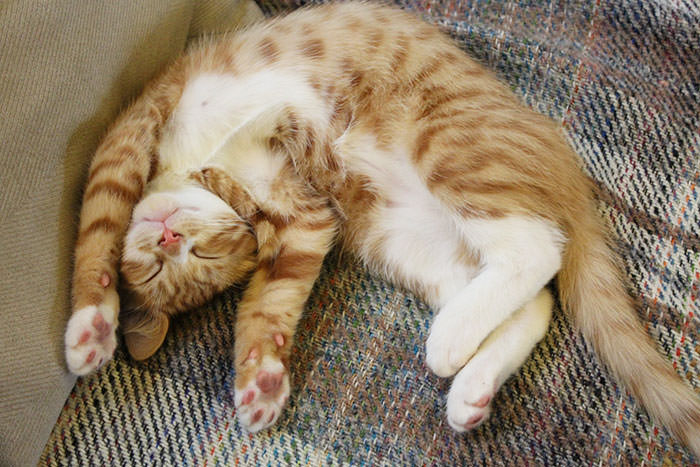