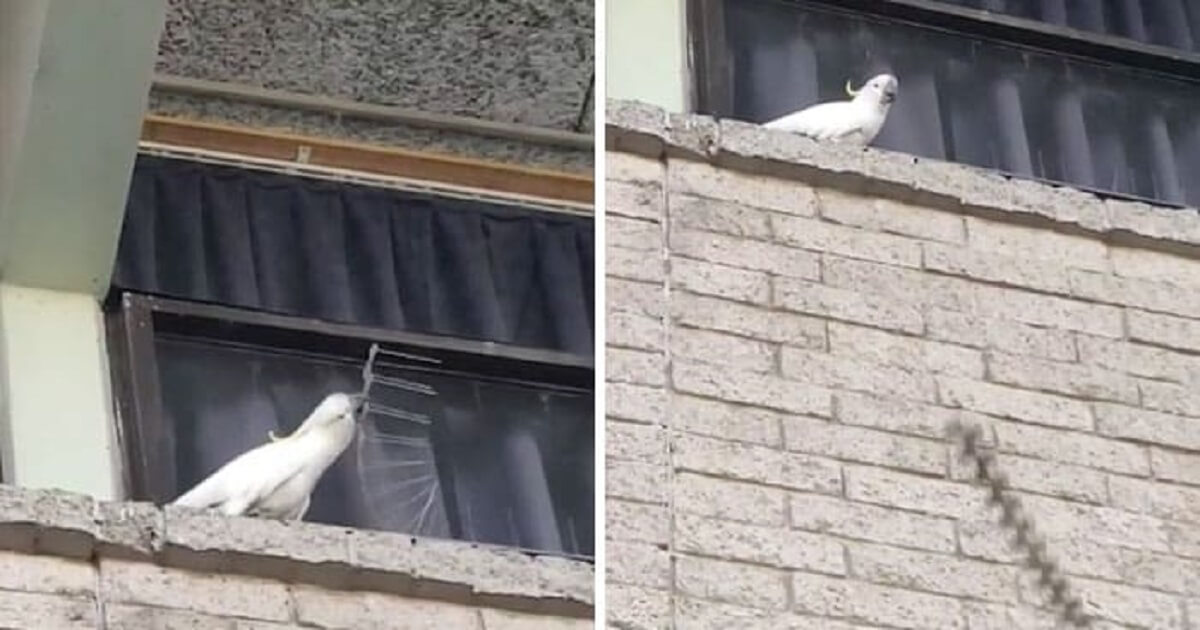 Some people have installed anti-bird spikes on the ledge to prevent them nesting and pooping on buildings. However, this solution was failed by a crafty and smart cockatoo, who quickly found a way to make a fool out of humans and destroy the spiky anti-bird setup. A man named Isaac Sherring-Tito was walking down a street in Katoomba, New South Wales, Australia when he spotted a white cockatoo tearing up the spikes, which had been put on the ledge of a shopping centre. After removing spikes, it even threw them to the ground so other birds in the city could walk freely. Immediately, Isaac started recording the badass bird who was making its way along the ledge, tugging at the spikes for a few seconds and then dropping each section of the anti-bird system to the ground. The clever vandal can be seen using its foot to hold the spikes up before moving along to ensure the spikes were removed completely. The brilliant footage was shared on Facebook by Isaac Sherring-Tito and the cockatoo gained many praises for its “brazen” act. Watch the bird in action in the amazing video below!

After watching this video, I think that we need to give a new name for the spikes now because it’s clear they’re not very good at being anti-bird. And of course, we can’t deny that cockatoos are extremely social and intelligent. Do you love this video? Let us know your thoughts in comments and don’t forget to share it with your friends and family! Here’s Why We’re So Obsessed With Cats