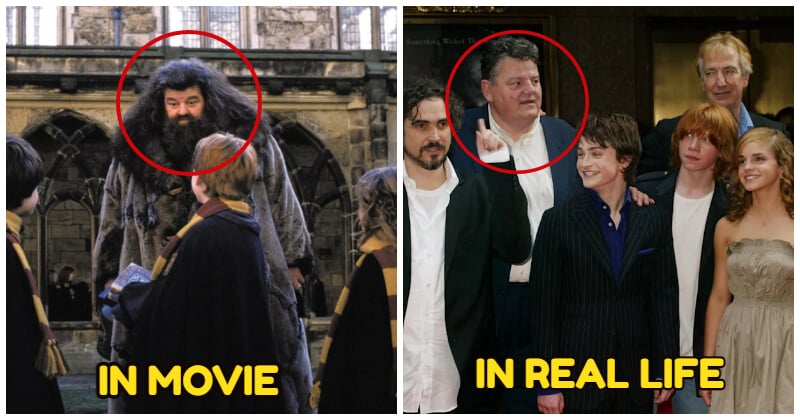 We see many spectacular things thanks to movie magic. It makes us temporarily set aside our disbelief in order to watch stories about aliens, superheroes, and wizards. Movies can render any performer absolutely unrecognizable thanks to clothing, makeup, and CGI, as seen in Star Wars: The Force Awakens. Besides CGI and special effects, it’s also possible to alter an actor’s height.

There are actually simple ways to modify your sense of their height using various shooting techniques, thanks to the many talented directors and cinematographers. Making celebrities appear taller on screen is especially beneficial for actors who did not get tall genes from their parents. Many actors who play tough guys aren’t particularly tall, and many famous female singers who can belt it out are quite small.

And if you happened to run into some of your favorite celebrities and musicians on the street, you might be astonished by their real-life stature. Continue reading to learn about 13 celebs who are shorter than you imagined and how they feel about it. According to the Harry Potter books, Hagrid stands twice as tall as a typical person. However, Robbie Coltrane is only 6’1″ in real life. Chris Columbus, the director of the first two Harry Potter films, stated that if he had the financial and technological resources at the time, he could have made Hagrid even higher. The height disparity between The Hunger Games’ primary characters was concealed by good camera technique. Josh Hutcherson stands 5’5″ and Jennifer Lawrence stands 5’9″. The actor is comfortable with his height and frequently makes jokes about it. Another instance where camera techniques managed to conceal substantial height differences. Daniel Radcliffe is shorter than Emma Watson and Rupert Grint in real life. But, according to the Harry Potter star, it isn’t a problem for his work. He stated that Tom Cruise and Dustin Hoffman are both accomplished performers who aren’t particularly tall.

“I could play a soldier,” he jokes. The minimal height for a marine is 5 feet, which I easily exceed. My one real complaint is that I couldn’t take myself seriously as the quarterback in a football movie.” David Duchovny is  5’11¾” tall. It’s not unexpected that Gillian Anderson wanted to appear taller than she was (5’3”) in order to get a good image. She recalls having to leap onto something high to appear taller when the characters wanted to enter a room and show their badges at the same time. She slipped down once because she forgot she was standing on a box while turning swiftly to the camera. Some Hollywood pictures may appear confusing if you know the true heights of the Iron Man cast. Tony Stark is far taller than his helper, yet Robert Downey Jr. stands at 5’8″ and Gwyneth Paltrow is at 5’9′′. Besides, in the movie, she virtually always wears high heels. As a result, the filmmakers had to work extra hard to make Robert Downey Jr. appear taller. He donned high heels, and there is evidence that Guy Ritchie employed the same method on the set of Sherlock Holmes. If you pay close attention to Casablanca, you’ll note that the height gap between Ingrid Bergman and Humphrey Bogart is never stable. The filmmaker sought to conceal the fact that Bergman was taller than Bogart. The director made Bogart sit on boxes and pillows to create the illusion of the opposite, and in several situations, Bergman had to slouch. The tabloids have reported on a possible argument between Vin Diesel and Dwayne Johnson. They didn’t want to work together after the argument, but they still needed to do certain sequences together. The solution was for them to be filmed independently and then edited together.

Some Fast & Furious scenes appear odd. Diesel appears to be a giant next to Johnson, which could be a ploy to make Vin appear taller than he is. Michael Clarke Duncan appears to be a giant in comparison to his teammates in The Green Mile. He’s only 1 centimeter taller than David Morse. Duncan stands 6’4″, Hanks 6′, and Morse 6’312″. The crew used a variety of techniques to create an optical illusion. Duncan’s bed, for example, was made smaller than usual to make him appear larger than life. The same could be said for the other items of furniture he was near. Many characters in the Marvel Universe have to drastically alter their appearances. Captain America, for example, was represented as shorter and slimmer before his change. Scarlett Johansson wanted to appear taller in order to look well alongside Evans. Evans is 6 feet tall, while she is 5’3″. To play Bane in The Dark Knight Rises, Tom Hardy had to spend a lot of time in the gym and learn to talk through a specific box to make his voice harsher. In order to look nice next to Christian Bale, the actor needed to grow in height. He had to put on shoes with a fairly high platform. Miley Cyrus appears slightly shorter than Liam Hemsworth in The Last Song. The camera obscures a significant height disparity. Hemsworth is 6’3″ and Cyrus is 5’5″. Amanda Seyfried (5’3″) and Justin Timberlake (6’1″) share a significant age difference.  And the actress had to wear heels during her time on the set of In Tie, even during combat scenes. She even disclosed how she could run fast with such shoes in one of the interviews. The shoes turned out to be unique, with shorter heels. When tabloids write about short-lived celebrities, Reese Witherspoon is nearly always included. Her height is only 5’2″. Robert Pattinson was her colleague on the set of Water for Elephants. The camera technique in the film was incredible: the performers have a significant height difference in real life, with Pattinson standing at 6’1″.

8 Celebrities Who Were Already Millionaires In Mom’s Stomach