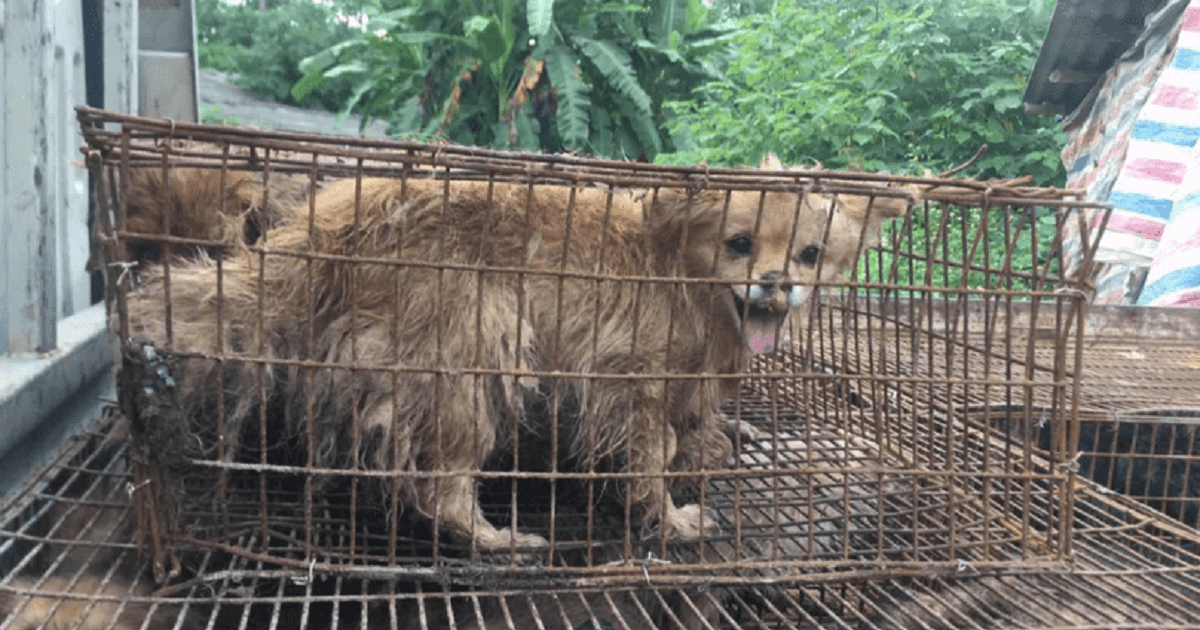 Yulin Dog Meat Festival is an annual celebration held in Yulin, Guangxi, China. The festival began in 2010 and lasts for 10 days during which it is estimated between 10,000 and 15,000 dogs are tortured, burned-alive, killed and cooked to be sold for their meat. This awful event has been criticised by animal welfare and animal rights supporters. In order to protect animals and end to the cruel trade, almost 1.5 million people have signed the petition set up by Care2 and Humane Society International.

According to reports, the petition was sent to the Chinese Embassy and it has received the support of animal welfare groups and celebrities, who have demanded the festival be stopped. Claire Bass, UK director of Humane Society International (HSI), said: “Yulin is one relatively small example of a much larger, uglier issue that thousands of dedicated Chinese activists are working to stop.” “The Yulin festival is one small but distressing example of an unspeakably cruel trade run by dog thieves and sellers who routinely steal pets in broad daylight using poison darts and rope nooses, defy public health and safety laws, and cause horrendous suffering, all for a meat that most people in China don’t consume.”

He said: “The Yulin Dog Meat Festival is one of the high-profile reasons why the RSPCA is working closely with the Chinese authorities to help address animal cruelty.” Earlier this month, Chinese animal activists have campaigned against the barbaric practise and find ways to save the poor animals from death. The Yulin Dog Meat Festival has started for 4 days and will run until Sunday 30 June.

Please take action now and show your support to end this controversial festival. We must do everything we can to save thousands of innocent dogs – they don’t deserve to die!

Signing and sharing this petition with animal lovers! “Say No To Yulin dog eating festival!”

Cat With The Sweetest Purr Showing Love To His Hooman

10+ Surprising Things Animals Can Do That We Can’t Explain