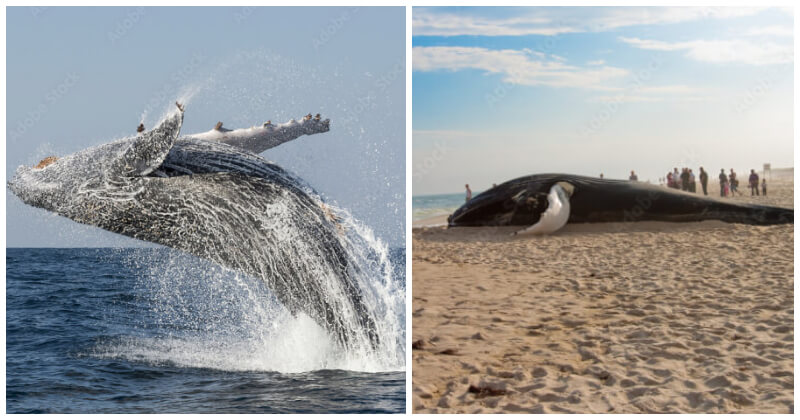 Whereas terrestrial animals face a high risk of illegal hunting and poaching, marine species often become victims of entanglements and accidents. Marine mammals of enormous sizes, such as whales, are even more vulnerable to those incidents. Recently, a dead humpback whale washed ashore in Half Moon Bay. According to researchers, the whale, a well-known individual in the area, was stroken by a ship passing by. After the autopsy, scientists at the Marine Mammal Center in Marin County realized the poor animal was Fran. No marine lovers living across the California coast didn’t know about this whale.

Fran lost his life at the age of 17, while a whale’s average lifespan was about 80 or 90 years. Ted Cheeseman, the founder of “Happy Whale,” an organization created to track whales around the world, shared that the animal is the “most well-known whale in California and second overall of all the whales in this database.” Vessel strikes are so common that, along with entanglements, it is one of the main causes leading to the decline in whale population.

“Ship strikes and entanglements are two of the leading causes of death for large whales,” Kathi George, Director of Field Animals and Response at the Marine Mammal Center, pointed out. “The numbers that are recorded are not the numbers that are happening in reality off our coast.” “There’s a major concentration of humpbacks right now in one of the most heavily used shipping lanes coming and going from San Francisco,” he said. “It seemed like it would be the ideal case where something like mandatory speed restrictions would help.” Though about 60% of the ships have limited their speed, this figure is not enough. Therefore, stricter regulations should be introduced to ensure sea animals’ safety.

What is your opinion about marine life protection? What are some feasible solutions to the alarming problem of ship strikes and entanglements? Please let us know your view in the comment below!

20 Tough Men Who Didn’t Want Pets In Their Lives, But Can’t Live Without Them Now