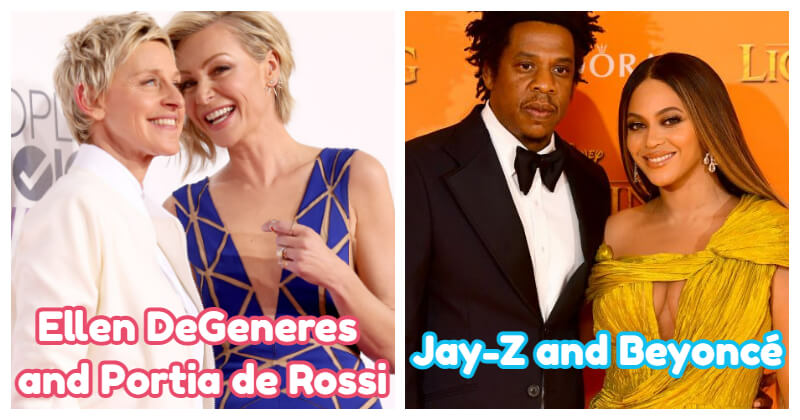 While many of us believe in fairytales (thank you, Disney), the truth is that happily ever after isn’t always the case. Many couples call it quits, even after having said “till death do us part” and sharing children.

Especially in Hollywood. Even some of the most indestructible marriages file for divorce on one very unexpected day, leaving the world flabbergasted. The most cited reason is “unreconcilable difference.” It seems that, in Tinseltown, love is the most fragile thing.

And thanks to the rise of social media and undeterred tabloids, we have the front-row seats to see these marriages implode. This can be a vicious affair, and bitter breakup stories like those of Bradgelina can kill any hope for true love in Hollywood.

Yet, for every ten Hollywood couples that split, there’s one that continues to defy the odds. And proving that a celebrity love story can truly have a happy ever after ending.

So, which Hollywood couples have successfully proven that Hollywood stories can last? Here are 20 for you. These Hollywood stars have a lot more in common than tough-to-spell surnames. They began dating in 2002 and married in 2009 in Italy. They now have two young girls and remain two of the most engaging character performers in the business. The first time these two met was at a charity event in 1986, the same year The Oprah Winfrey Show debuted. Lady O and her Stedman keep their relationship private, but if you look hard, you may see their true devotion when they are at rare high-profile events. They never married and never walked down the aisle, however. For some, it’s the supermarket. It was VH1’s Big in ’04 Awards for DeGeneres and de Rossi. While celebrities and singers paid homage to the year’s passing trends, two ladies formed what would become a lifelong connection. The couple has been plagued by reports of a breakup, yet they are still together today. Though the country power couple met two years before their Spontaneous Combustion tour in 1996, it was during this period that any lingering ties to past partners were severed. Now, 23 years later, the couple is still making wonderful music together, including the release of a joint album titled The Rest of Our Life. Queen Bey previously told Seventeen that she met Jay when she was 18 years old. Even though they started dating a year later, she had a rule that she would not marry before the age of 25. As a result, she did not. The “Crazy in Love” birds married discreetly in an emotional and spiritual ceremony that involved “lots of sobbing” in April 2008. The love story of famously unwed celebrity couple Kurt Russell and Goldie Hawn is worthy of the big screen adaptation. Despite appearing in romantic films such as Swing Shift and Overboard, their “romance rarely happened” due to their age gap (she was 21; he was 16). They are still together after about 40 years as a blended family. Denzel Washington and Pauletta Pearson met on the set of the 1977 film Wilma, and Washington told the presenters of Live with Kelly and Ryan in 2018. They married in 1983 (after three proposals), renewed their vows in 1995, and have four children, one of whom may be following in the footsteps of their father. Wilson and Hanks met in 1984 on the set of ABC’s comedy Bosom Buddies, which starred the latter; Wilson appeared in an episode about video dating. Hanks was married at the time, but couldn’t deny the spark. The former Posh Spice Girl and the former top soccer star tied the knot in 1999 and appear to be as committed as ever. David even has the aircraft ticket where Victoria gave him her phone number. Jamie Lee Curtis and her husband, writer Christopher Guest, have been married for years. E! Online reports In fact, Lee noticed the director of spontaneous comedies like Best in Show in a magazine and destined him to be her husband right then and there. They married only a few months later.

#11 Will Smith and Jada Pinkett Smith Over the course of their 20+ years together, the Smiths have seen both highs and lows. Jada’s unfiltered candor on her Red Table Talk show is proof of this. She stated in one such conversation that her wedding day in 1997 was “horrible” and that she “went crying down the freakin’ aisle getting married.” They met on Broadway in the early 1990s and started dating soon after SJP’s publicized split from Robert Downey Jr. Parker, who has been married to Broderick since 1997, revealed their secret to success on the Girlboss Radio podcast: investing in one other. For the musician “Rocket Man” and his S.O. It was love at first sight for three decades. In 1993, the two met at a party in Windsor. There may not have been much chit-chat, but the pair attributes their lifelong love to communication. Danson, actor of “The Good Place,” and Steenburgen, actress of “The Conners,” celebrated 18 years of marriage on CBS This Morning in 2013 with memories of their first encounter when he was on Cheers. They’re still “madly in love” today. For more than three decades, these two New Yorkers have lived footloose and fancy-free. According to Bacon, one of the secrets to being with someone in your field is to resist the need to compare.

#16 Angela Bassett and Courtney B. Vance These two talented actors originally met while studying at Yale School of Drama. They married in 2007 and had twins, Bronwyn Golden and Slater Josiah, who were born through surrogacy. And if that wasn’t enough, the couple practically authored the book on love, publishing Friends: A Love Story about their relationship in 2009. On the set of Bugsy, a 1991 noir starring both successful actors, the love bug hit these two hard. According to Vulture, even though they fell in love right away, it happened at distinct periods. Maya Rudolph and Paul Thomas Anderson are one of the most stable (and mysterious) couples in Hollywood. They started dating in 2003 and have been together since. They’ve now got four children.

16 Celebrities Who Almost Turned Into Other People With Their Natural Hair!

7 Iconic Hollywood Actors Who Had No Oscar