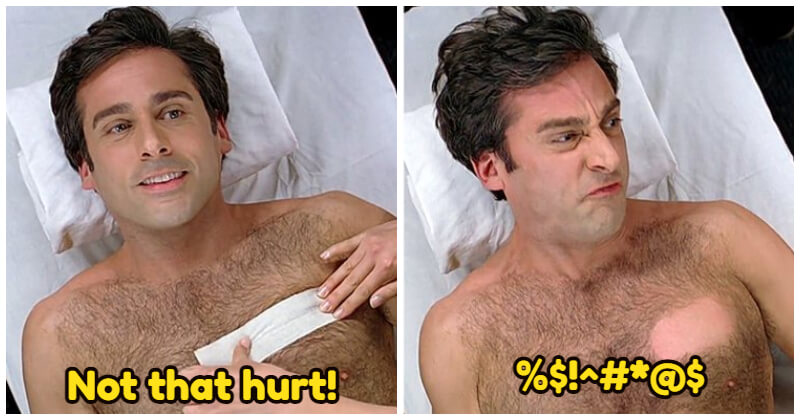 We all know what happens in the movie is not real. Even when we watch a biography movie, the actor is certainly not the real man in real life who will be reflected in that movie. So he or she needs to adapt to the role. And the best actors know what it takes to convince us, the viewers; that they truly bring the character to life.

After all, acting is acting, and the viewers soon acknowledge it’s fake when watching a movie. That’s why sometimes the best way to have an authentic performance out of an actor is just to make the scene real. That means several movies have featured scenes where actors actually experienced real pain, terror, danger, or even drunkenness. In other words, in that movies, what you see on the screen is what is actually happening!

Today, we compiled a list of 10 movie scenes where actors weren’t acting. If someone doesn’t believe it, look at their reactions and feelings, and they will have the answer. Keep scrolling down and check them out! Isla Fisher was asked to be in the tank underwater that she needs to escape in the movie Now You See Me. In that scene, she has to drown and struggles to get out. She was drowning as her release chain got stuck on the costume so she couldn’t get out easily. Interestingly, everyone thought she was just acting, but she was actually frightened. The actress was struggling to get out of the tank for almost three minutes before being rescued.

#2 Back To The Future Part III As you see in the screenshot, Marty McFly in Back to the Future Part III portrayed by Michael is hanging from a rope by his neck. The director rehearsed that scene multiple times to ensure that nothing would go wrong and no one got hurt. Everything went smoothly in rehearsals as they maintained space between the rope and his neck in order to keep him safe.

But when it came to real shooting, the rope was pulled too tight and it was captured in the movie. So, his reaction to being hung from a rope was real. Sadly, the film crew thought he was acting, though, it still remained until they realized something was wrong. Thankfully, he was revised but his trust in the film crew was questioned.

#3 Lord Of The Rings The Two Towers We all know Viggo Mortensen portrayed AragonIn in Lord Of The Rings The Two Towers. But there’s a scene in that movie that not everyone knows: Viggo’s character stumbled upon the remains of their Hobbit friend. In complete anguish, he broke down and dropped to his knees. In fact, he wasn’t acting. he kicked the helmet on the ground so hard that he really broke two of his toes.

Right after his kick, he screamed in anguish, dropping to his knees. That’s right! People thought that he was just filled with grief but he was screaming due to his real pain! In Inglourious Basterds, there was a scene where Diane Kruger’s character was choked. Certainly, no one was planning to choke her, however, director Quentin Tarantino didn’t think so. He discussed with her his idea of making the scene come off truly authentic and of course, making the choking look real. That’s why we can see her being choked by Quentin and her reaction in the movie is totally real. At the very beginning of the comedy Knocked Up, there were some guys riding on a roller coaster. Jay Baruchel appeared in the movie as part of a roller coaster scene, and if you notice, he’s absolutely terrified, and he’s not acting. Initially, the director allowed Jay to stay out of the scene because he was too scared. However, while filming, the director denied his words and told Jay that he needed to hit the road. Doing what he was told, he got in the car as much as he didn’t want to. As a result, when he yelled “I have to get off the bus!” it was total horror from Jay. Susan Backlinie plays Chrissie Watkins, the first person to be attacked by a shark in Jaws. In the film, Susan is suddenly dragged underwater by a shark, which is one of the first scary moments in the film. When filming, Susan was not told when she would be dragged into the water to make her sheer horror much more real. As a result, Susan didn’t act in that scene at all,  as she was truly terrified not knowing when they were going to pull her under. If you’ve seen The 40 Year Old Virgin, you’ll probably remember the hilarious scene in which Steve Carell gets his chest waxed. We can definitely tell you those pure anguished screams are definitely not fake because he actually took the wax from his chest to do the scene, and his pain is very real. When filming, Steve agreed that he would use beeswax to make it realistic in front of the camera because he wanted a realistic reaction to make it seem much more real. He certainly succeeded, as he made us laugh.

20 Interesting Facts About Musical Artists And Their Songs